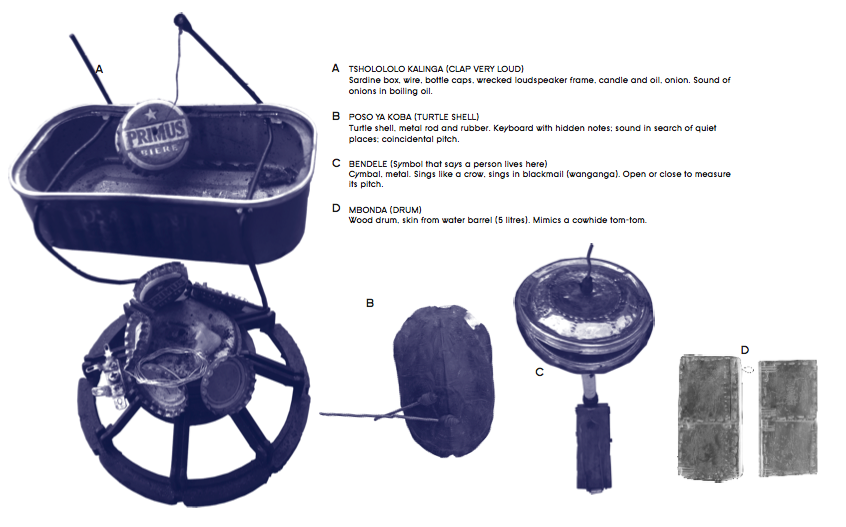 The collective improvisations of black America – and their profound impact on poetry and sound – are near impossible to find in the annals of US academe. In fact, their absence is as stark as the control of archiving is white, writes Harmony Holiday.  Since the 1950s, jazz music and the literary imagination have been inextricably linked, producing transcendent recordings and written work and many hybrids of the two – a new sonics, an antique Futurism – from Langston Hughes …  ( continue reading

Gwen Ansell and Salim Washington celebrate the revolutionary life, language and hard-ass leadership of an unconventional saxophonist, composer and generous collaborator. Reading The Text  Gwen Ansell Prelude: Home is where the violence is ‘Everything I create starts with the music… [and music]… like any conscious human activity, can be a force to change humanity, society and the world.’ Baritone saxophonist, composer, martial artist and revolutionary polymath Fred Ho (Fred Wei-han Houn) was born in Palo Alto, California in 1957 and …  ( continue reading

Fucking with the puritanical social mores that pervade the world’s most religious country is the clear and conscious intent of Ghana’s popular and controversial hip-hop duo, the clever FOKN Bois, writes Nana Darkoa Sekyiamah.  M3nsa and Wanlov the Kubolor are the FOKN Bois: controversial, unapologetic and boldly venturing into territories that other Ghanaian musicians stay well clear of. The duo met as college students in 1997, and Wanlov would “lie to M3nsa’s teachers that M3nsa was needed at the school administration block by staff, and we would run off to …  ( continue reading

by Clarissa Cummings I’m a sucker for intense relationships with people who have no fucking idea I even exist. Since the advent of online social holes like Twitter and Facebook, my phantom connections and passive-emotional steez have skyrocketed. And I’m not complaining.  I’ve been enthralled in some of the most fulfilling 15 minutes of non-committal, pseudo relationships.  All types of relationships.  I’ve become a serial cyber best friend, lover, intellectual companion and enemy; all with strangers I meet scrolling through …  ( continue reading

By Lindokuhle Nkosi Jitsvinger is concerned with matters of identity. Language. Land. Becoming. Being. He delves deep into the “who are you” and “why”.  Through his lyrical, rhythmic fast-paces rhymes, he aims to do more that entertain. He enlightens. In stark comparison to the flashy, bling-culture of the hip hop of late, he wears his humility like a cloak. “People always wonder about how I made it. How I’m making a living of my art but they don’t know what …  ( continue reading

by Clarissa Cummings The creative artist loathes hyper-intellectualism. Rationalization tends to eradicate emotion. Surrendering passion becomes another way to pay the devil. But what if intellectualism is not of the artist’s personal doing, but instead of his surroundings, not by choice and inescapable? If in a provincial Cape Town home where the household language is colonial British and an appreciation for art, from Bach to Monk, an artist is born? How, if in this home lived a grandfather who every …  ( continue reading

Transcendence at Tagore’s by Mia Arderne

Mia Arderne blogs through a “veil of cigarette smoke” on one night at Tagore’s where “You may die in obscurity here but never in silence.” Late on sultry nights in the lesser posh folds of Cape Town, Bohemia sounds her siren through the maze of Obs. From the pores of the city, jazz addicts crawl out and filter into a warm sound-saturated room. A blues note drops into your ashtray before you’ve lit your smoke. A curtain of suits, hoodies …  ( continue reading