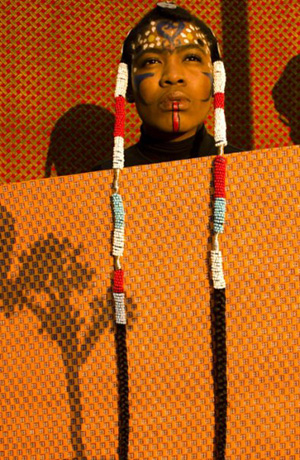 I’m a sucker for intense relationships with people who have no fucking idea I even exist. Since the advent of online social holes like Twitter and Facebook, my phantom connections and passive-emotional steez have skyrocketed. And I’m not complaining.  I’ve been enthralled in some of the most fulfilling 15 minutes of non-committal, pseudo relationships.  All types of relationships.  I’ve become a serial cyber best friend, lover, intellectual companion and enemy; all with strangers I meet scrolling through the profiles of people too narcissistic or too overwhelmed by account settings to lock their profiles.   From my sofa, with a white boy between fingers, I’ve gone through births, sometimes twice in one sitting, the deaths of aunts over 100, strings of Deepak Chopra quotes and the heartbreaking switch from “in committed relationship” to “it’s complicated.”  I’ve cried, I’ve laughed, I’ve filled my voyeur heart with status update quarrels that tend to end with “If you don’t like it, get off my page!”  This might sound like the laziest and distant of all human connections, but just as I don’t fall in love with every man who has stroked my thigh, I have not fallen for every stranger that’s stroked out a good tweet or two.  Mostly, these relationships last for no more than the time it takes to scroll through the home page without having to hit “older posts”.   But every once in awhile there comes a pseudo-relationship worth holding onto.

My best targets have been plucked from the selection of people Facebook thinks I “should know” but never do, except for those I’ve recognized as women my ex’s have cheated on me with. But this time I’ve been directed and told to check her out.  I’m also told she’s a diva. That’s one of those words that can mean a few things but tend to end up meaning a woman who makes little apology for who she is and what she wants.  In that vein, I was not lied to.  As the only female and lead singer of a band spurring the Kwaito music revolution she gained a ‘ladies first’ reputation and inevitably went solo.  She’s a Soweto homegirl with parents who were anti-apartheid activists.  To top it off, homegirl can blow.  But she can also take it easy and smooth.  I skip over her music with the group, Bongo Muffin, and watch over and over her solo video  Ingoma, with her singing underwater in a depth of indigo. I drown with her, then resuscitate my own self to go straight to the African Music Store and spend all the rands in my pocket on her two albums, Zabalaza and Ibokwe.  I’m a hip hip smoothed out with an R&B twist type of girl, but Thandiswa drags me to another realm, where music meets ancestral recognition. How Mary J’s beats jangle like the dookie gold bamboo earrings of her era, Thandiswa’s tunes are laced tight and colorful like zulu beading.  The rest of her- razor funny, hot and direct like fire from out a dragon’s mouth, politically bold and sometimes full of emotion soft like pap–I find out directly from out her Facebook mouth.

Hi, i am c.e. cummings, born in imperialist united states of america…and i am a recovering feminist.  Nice to meet you, Thandiswa.

Growing up, us Black girls with wit and a wide enough vocabulary and the audacity to express were called “sassy”.  When we become teens we were called “mouthy” and warned about the day that our mouth would write a check our ass couldn’t cash.  By the time we hit adulthood all that sass made us angry, disagreeable women and was the number one reason why we were finding ourselves overwhelmingly single. The balance act of femininity and boldness weighs on us Black women. We tend to carry that weight in our hips and ass.  It’s why we crack sidewalks with our footsteps.

I don’t blame the photographer’s desire. With her dreadlocks coiled atop her head in a nest, sides shaven while two long braids dangle on each side of her temple, she is quite the sight for the  foreigner. The Native Americans were onto something with their superstition that photographs were soul-stealers.  I’ve already trolled through all of Thandiswa’s Facebook photo albums and believe I’ve captured a bit of her spirit. One album was posted with the disclaimer that she was only posting the pictures because of the many requests of fans.  Otherwise, she was sensitive to the criticism of her image.  I push our relationship a step forward and mark us as sassy sisters in the feminist struggle, to be heard and viewed on our own terms. Being sassy is our intellectual property not a sociological experience.  So yes, foreign photographer, please ask first to take a picture.

I once called a woman named barbara, Babs and she sternly told me not to.  Ever since, I’ve been particularly weary of shortening people’s names without permission.  But me and Thandi are cyber homegirls like that so I’ve taken it upon myself to call her Thandi.  However, after reading this post I will call her nothing but KingTha.  The history of women is laced with names heaped on us, not distributed by us.  However, KingTha is the appropriator, not to be appropriated, thank you very much.   This rightful hubris is recognizable in her music.  The songs on Ibokwe tell me what Xhosa inspired music is about, not the other way around.  At first I strained through the language I did not understand, a bit frustrated by my inability to colonize the lyrics.  But she is as patient as she is unnamable and it is I who gets appropriated by the fourth track.  She let’s it be known that I am the listener and she is the musician.  It’s done by the force, through the universal language of the soul that makes some music borderless.  I play my position.

Oh, KingTha you and your nipple wit! There’s this thinking in comedy that pretty women can’t be funny, or if they are then their beauty must be diluted with a quirkiness to make the beauty nonthreatening enough for the comedy to shine through.  We’re also not supposed to talk about our nips, tits, cunts and twats, though there has been no limit for hyped-up euphemisms males have given to our ass.  Our body parts, including the nipples, are off limits to even our own objectivity.  Just ask Janet Jackson.

For the first time in my history of pseudo-relationships I think to reveal myself by posting a comment to her status.  But then I’d become real and even worst, a fan.

I hadn’t given much thought to KingTha’s love life.  But now I wonder who is this other person in the middle of my non-relationship?  Am I wrong to wonder if their real relationship can hold up to our illusionary one? In situation like this often there comes the irritating term, ‘girl crush’.  I’ve been skeptical of this term since its beginning.  It’s like an undercover infiltrator with the incentive to break down feminine connections.  “Girl crush”, at the heart, is the female version of hip hop’s homophobic quip “no homo”.  It’s what we women are supposed to label the situation of loving women who we don’t want to have sex with.  I just want to know when it became the common understanding that sex is an inevitable part of respecting and actually liking another woman?  I don’t fall for it.  I love me some KingTha.

There’s that crucial time in my silent cyber relationships when I ask myself what future does this have?  This question tends to come no more than thirty minutes into the relationship. Yet, weeks later KingTha and I are still going strong.  Some non-existing relationships are meant to exist forever.