The creative artist loathes hyper-intellectualism. Rationalization tends to eradicate emotion. Surrendering passion becomes another way to pay the devil. But what if intellectualism is not of the artist’s personal doing, but instead of his surroundings, not by choice and inescapable? If in a provincial Cape Town home where the household language is colonial British and an appreciation for art, from Bach to Monk, an artist is born? How, if in this home lived a grandfather who every morning turned his radio to classical music and a matriarch, a violin player herself and staunch advocate of education, could an artist grow to be anything but intellectual? Odds are he can’t. Smaller odds are that the contradiction serves the art. 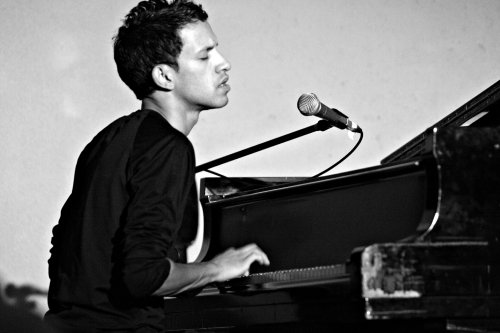 Kyle Shepherd is this artist. He makes no apologies for his urban aristocratic upbringing or the birthright of his cerebral leanings. “No doubt about it, we were reading English novels and listening to classical music. And so I am thankful for that cause I was exposed to such great and very serious music at such an early age.” But at the present don’t bombard him with intellectual talk, at least as it pertains to music, because he says, “I’m not enjoying it.” It is why he has been turning down opportunities to speak on conference panels and most recently came to the decision to decline interviews. Kyle blames all this talk for creating labels that do their job at reasoning away artistic freedom. “From my experience from music, labels are so dangerous. Labels are for programmers, festival producers. The thing is I hate when people push me into Cape Jazz.” This is the label that has Kyle retreating deeper into theories of disconcert. Transformation is a form of retaliation.

Only five years ago, at the age of 21, Kyle released his first jazz album, the beginning of what he saw as a trilogy that ended with this year’s aural travelogue, South African History X! The holy trinity of Kyle’s three albums, all of which carry the notes of South Africa’s historical ebb and flow, has made him the current messiah of Cape Town jazz. “That kind of bullshit,” he bristles, “I’m not into that. The ‘architect of cape jazz.’ Whatever. My mission as a musician is about personal development and not being pigeonholed. The music that I am playing now is different. And I’m gonna be subjected to what people think of me. It certainly takes me off the path but I’m more about the personal commitment.” 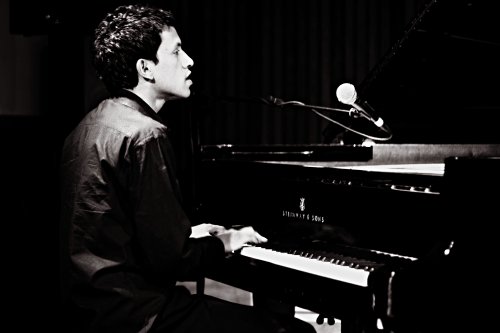 If Kyle’s rejection of what he has done so well, so particularly correct, appears to be a spoiled reaction to the acclaim, his commitment to evolving at least provides the context for his condemnation. “I’m moving on to bigger stories, bigger ideas, by that i mean ideas that are not subjected to a place or limited by a country. I’m trying to now use music that tells a bigger story a more worldly story.” Kyle doesn’t reject what he was. His current concern is with what he is becoming. “I’m working hard to transcend this whole cultural, race thing. It’s great to have that identity, it ties into those first three albums. I was all about discovering my identity. Now that I’ve discovered it, I’m trying to transcend it.”

Despite the pitfalls involved in artistic revolution (just ask Lauryn Hill), change is an inevitable part of the process that Kyle has claimed since his youth. Confidence is a common privilege of intellectual rearing. At 16 he experienced a cultural awakening, came home one day and announced he was forfeiting British speak for the more colloquial and cultural Afrikaans. Soon after, he taught himself to play the piano and shed twelve years worth of identity as a classical violinist for that of jazz musician. “When I first wrote jazz, it was like home. I knew. I could relate to it, like someone speaking my language and it was a breath of fresh air for me. When I heard jazz I was like yeeeah and I knew. It was the energy and spiritual part of it. The opportunity to express. I could feel it before I was able to put words to it.” 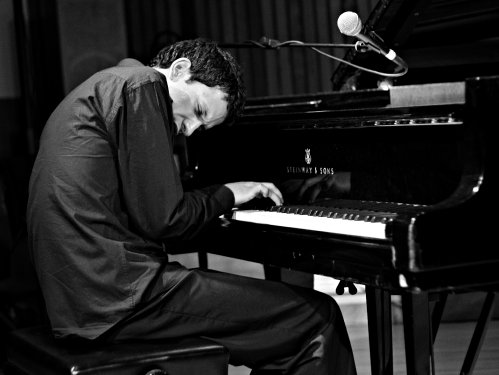 If Bukowski was correct, an “intellectual says a simple thing in a hard way. An artist says a hard thing in a simple way.” But the complexity of Kyle raises contradiction because he is saying some hard things in a hard way. If the reputation Kyle has as the jazz voice of Cape Town now weighs heavy like a shackle, it is in some part his own fault. While his first two albums are technically refined, delicate bursts of emotion can be heard in the space between the instruments. Near the end of “Dylan Goes to Church” there is more drama in the quiet that quickly peeks out between the chanting chorus and the horn. Tracks don’t build upon each other as much as they whittle their way across breaks. The listener is witness to Kyle in the process of piecing the puzzle together. It is why “South African History !X” stands distinctly apart from his previous works. In this project Kyle comes to us with the puzzle already complete. He knows which keys will pound out the feet of marching laborers and introduces Xaru as a significant contribution to musical structure on Xam Premonitions. What he delivers is undeniably Cape Town and that’s the way he wanted it. If Kyle is grappling it doesn’t seem to show. And it’s this type of confidence that makes it hard to peel your eyes away from his artistic evolution. It’s like a theory collision about to happen. Something has to happen. Kyle is restless. “When I wake up, my biggest goal is- I want to be moved today. And 5 days out of 7 I’m not moved.”

It might be Kyle’s comfort with the ramifications of his transition that most unnerves his fans and the critics. But if there is any solace he can offer it will involve a reimagining of what is jazz? Kyle says, “The plain answer to that is i don’t know.” The labels have gotten so out of hand he makes no effort to keep up. He self-identifies as an “improvisational” musician and says that all of his stage performances are performed in the moment. “In the improvisational world, or jazz, or whatever you wanna call it, I call it improvisational…there is no going back, there is no editing. It’s why I truly believe that jazz, or improvised music, which people don’t call jazz anymore, music with inspiration on the level of jazz, is the most evolved form of music in the world. I really believe that. The thing is, you have the framework which is the song and then you have to improvise. And that improv is largely based on doing things you’ve studied before, but most of it is created in the moment.” Imperfection is often brutal to the artist’s ego. But Kyle, perhaps through confidence or perhaps by way of intellectualizing, is accepting. “Imperfection is part of it, that’s the the beauty, the realness, of this music. It relates so closely to be human. It is a reflection of who we are in many ways because everyone improvises. We improvise our way through life. creating something of the moment and only of the moment. That’s the beauty of it. That’s the the danger of it.”

Listen to the jazz pianist and composer’s trio set, recorded live at St. George’s Cathedral on September 30. [Apologies: as per the artist’s request, this audio stream is no longer available] He may only be 23 years old, but Kyle Shepherd’s music displays a timelessness that belies his age and challenges musical dichotomies. A skilled jazz composer, bandleader and pianist, he roots his sound in unique rhythms, harmonies and melodic devices of Cape Town and South Africa. But he’s unafraid …  ( continue reading