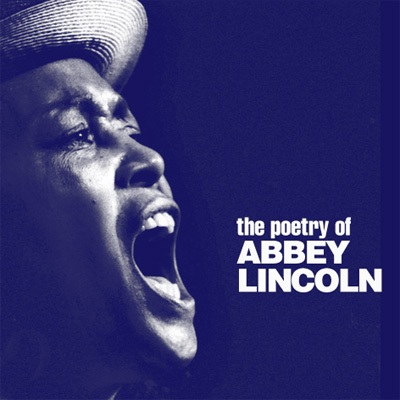 The collective improvisations of black America – and their profound impact on poetry and sound – are near impossible to find in the annals of US academe. In fact, their absence is as stark as the control of archiving is white, writes Harmony Holiday.

Since the 1950s, jazz music and the literary imagination have been inextricably linked, producing transcendent recordings and written work and many hybrids of the two – a new sonics, an antique Futurism – from Langston Hughes and Kenneth Rexroth and Duke Ellington to Joseph Jarman and Michael Harper and Mos Def. Yet, who takes the time to understand and trace this form? Has there been any attempt to do so cohesively – any attempt that has not been reductive or condescending?

The bulk of the work in this idiom is composed by and distributed among black
poets and musicians. White academic institutions – those spaces and places that create the archives and anthologies, that dictate which legacies and traditions are acknowledged and which are dismissed, treated as flimsy or as kitsch – have not accounted for this work in any real way. Nor have their students been encouraged to gravitate toward it in their research and writing. Even forums devoted to avant gardes paradoxically nullify work that is not inveterate, published in the traditional formats, or theorised, as such.

To access recordings and writing that unite the philosophy of collective improvisation that galvanizes black music with the literary tradition – and creates new motifs within both disciplines – one has to practically be a savant, a collector of rare out-of-print records and books, or an archivist in one’s own right. This is evidenced through the annotated list of key recordings in this tradition that follows: Kenneth Rexroth’s famous 1959 recording, Jazz and Poetry Live at the Blackhawk; obscure recordings made in dingy basements by highly respected jazz musicians and poets, whose voices are muted by the literary canon perhaps because of their very commitment to their craft over the business of their craft; recordings by renowned, iconic artists such as Langston Hughes, Sun Ra, Cecil Taylor, Miles Davis, Amiri Baraka, David Henderson, and so many others, and others of others. This body of work alerts us to the fact that no major academic institution in the United States has built an archive of this material, or devoted space in its press for its publication and solicitation. It calls into question why no institute has given it attention in a curriculum; why no one has rendered it accessible for new theorising that would generate more access and build momentum toward a legitimate archive and pedagogy of Afrosonics. 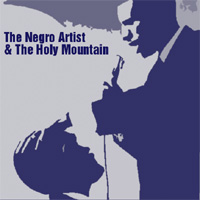 At the epicenter of this silent treatment there is a still growing trend that places some of
our most talented musicians and writers in the confines of the academic system, first as students, then as professors. Surely then, works by these artists meet the standards of a strict, inveterate lexicon, agreed upon by the rituals of academia? Yet they remain excluded. This is not to imply a conspiracy or to denounce a patterned mode of existence that society has made necessary for many artists. Rather, it is an inquiry into a specific breed of work and thinking that is left by the wayside as a result. It questions risks that are mediated by a very specific kind of bureaucracy, a decorum that is instilled upon many working artists and with which we comply, one by one in order to be heard, in order to hear one another. The order is such that often we do not detect our own compliance, even though it often culminates in us being forced to spend a significant amount of time echoing convictions we did not arrive at on our own, and championing traditions for which we have not been given, and for which we have not authentically sought, alternatives.

In response to the interplay of these pretty pitiful, rut-inducing, complacency-inspiring conditions, we call first and foremost for a close and extended study of the places where collective improvisation in black music has met with and influenced poetics and oration. We seek not to define unilaterally, but to discuss and reinvigorate this praxis in manifold ways:

This is an excerpt from Harmony Holiday’s story, originally published in the April 2013 edition of the Chronic.