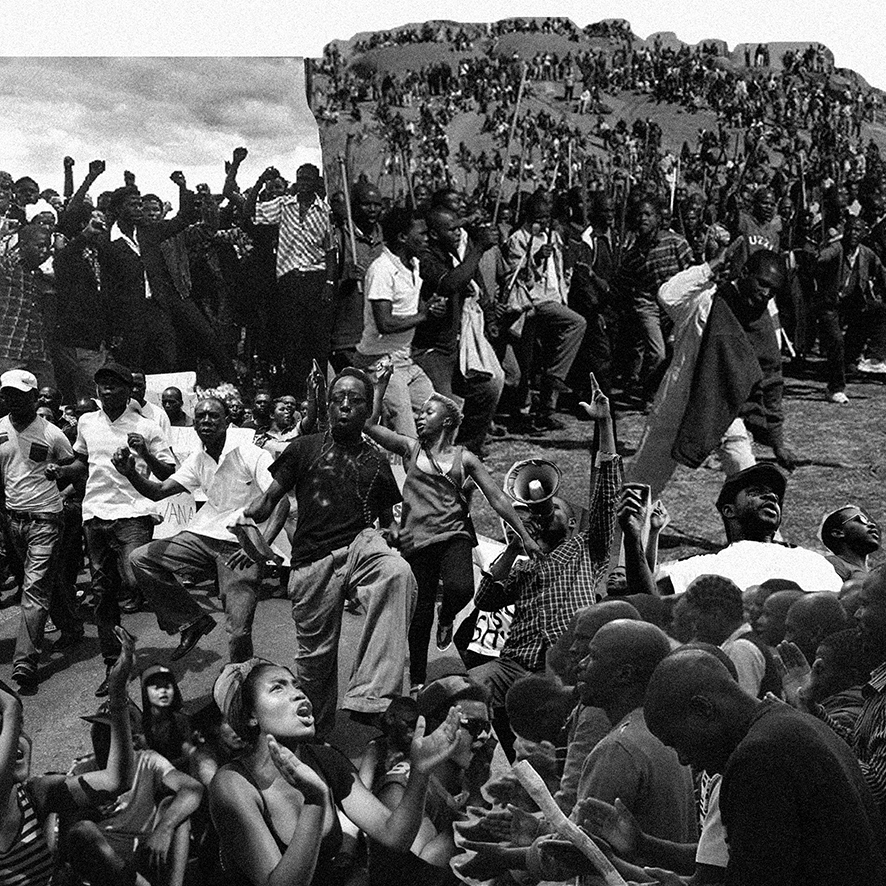 In our opening session we present a conversation between contemporary musicians who actively draw on the archive to directly inform their music and artist practice, along with audio pieces from each participant. With: Neo Muyanga, Asher Gamedze, Masello Montana and Nhlanhla Ngqaqu (iPhupho L’ka Biko).

Neo Muyanga is a composer, theorist and activist who is engaged in a multi-focal exploration of protest music that spans from how protest songs played a key role in South Africa’s liberation to the role of liberation music in Egypt, Brazil and Uruguay.

Nhlanhla Ngqaqu is a musician, and founding member of the band iPhupho L’ka Biko, that came to prominence during the Fees Must Fall protests of 2015. The groups’ sound draws on tradition, spiritual sounds, jazz and improvisation, with the politics of the day, to express their ideas about identity, change and community.

Liberation Radio is a new monthly program on the Pan African Space Station (PASS). It is part of Chimurenga’s ongoing query on knowledge production via African sound worlds. Through this program we explore the possibilities of radio as a research platform and the sonic archives of cultural struggles, and the role of city-studios such as Cairo, Accra, Conakry, Algiers, Dar es Salaam, Lusaka and more, as revolutionary capitals which hosted and disseminated liberatory work through their national infrastructure. This edition, …  ( continue reading