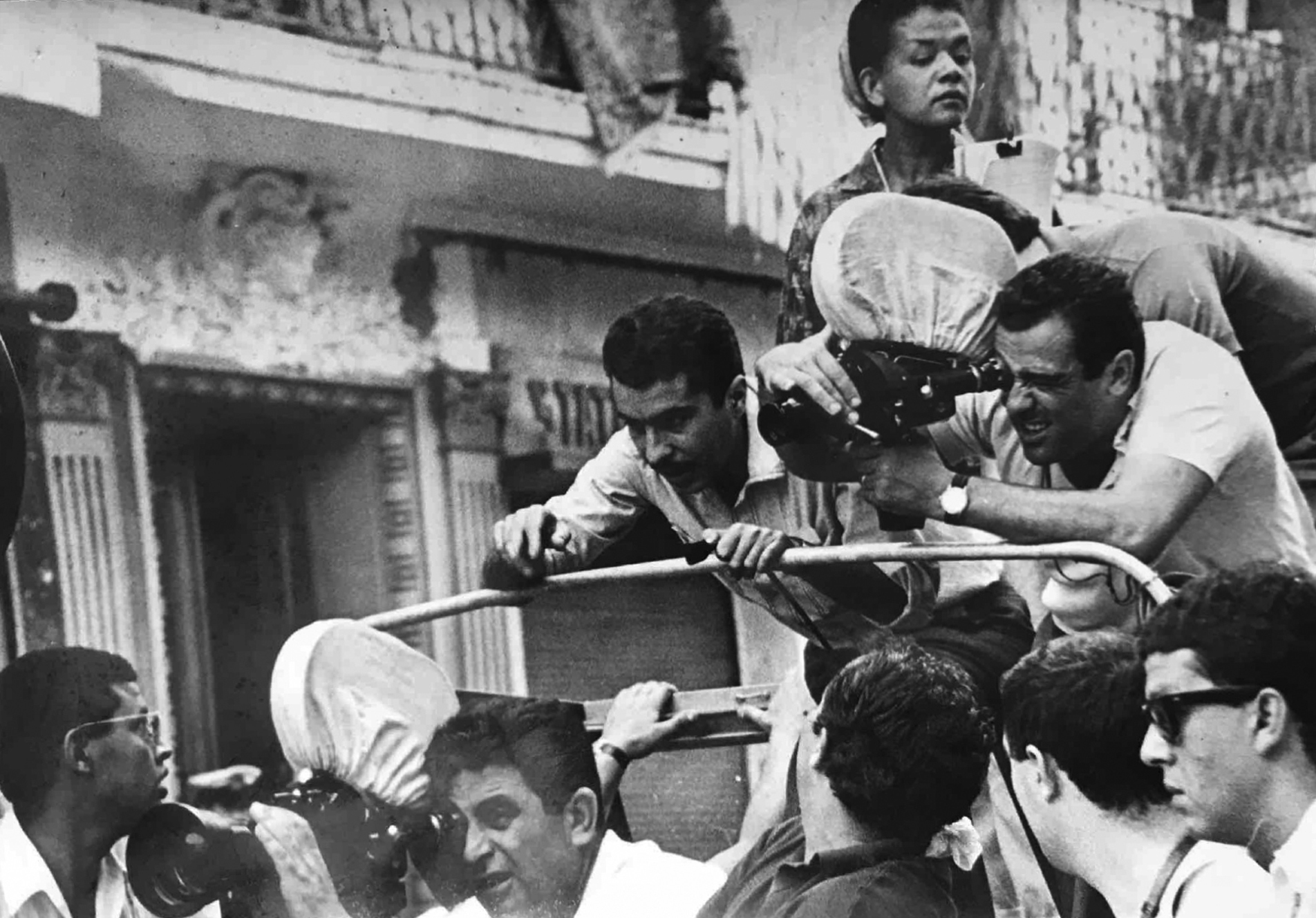 In the film, which marks Art Ensemble’s first appearance on record, they improvise in the space between the minimalist dialogue. The music was never released, though some of the themes would reappear on their debut LP titled People in Sorrow (1969). It was also Maldoror’s first collaboration with the then-emerging Tri-Continental creative black music scene in Paris, bringing together African-American, Antillean, and African musicians. These collaborations are mapped out under the heading “The Power of the Story” in Chimurenga Chronic: Imagi-nation Nwar (2021).

The Angolan folk song popularized by Ngola Ritmos appears in the closing scenes of Sambizanga (1972), through the voice of Belita Palma.The film also features “Caminho do mato”, a struggle anthem based on a poem by Agostinho Neto.

For her film-poem on Léon-Gontran Damas, Maldoror draws on the only recorded reading of his epic Black-Label (1956). Thetheme of exile, which is central to her narrative on Damas, is represented through songs from Geoffrey Oryema’s 1990 LP Exile.

Maldoror met Miriam Makeba and Nina Simone during the Pan-African Festival of Algiers in 1969, and the trio remained friends throughout their lives. She uses her film Ana Mercedes Hoyos (2009) to pay tribute to the Colombian painter/sculptor and the South African singer, while also exploring Afro-Colombian heritage. The film is a sonic retrospective of Makeba, who had passed away during its making.

Another important encounter at the PANAF of Algiers in 1969 was with the saxophonist Archie Shepp. Maldoror uses his solo improvisation and rap (with lyrics by her) to soundtrack her fable on banlieue culture—not the instrumentalized black-blanc-beur produced by the state but a people-centered vision of French multikultism.

Toto Bissainthe (1984) is a film-portrait of the great Haitian singer in her quest to reconnect with the African continent, and a tribute to the collaborative work of Maldoror, Bissainthe, Douta Seck, and other members of the theater troupe Les Griots during the 1950s.