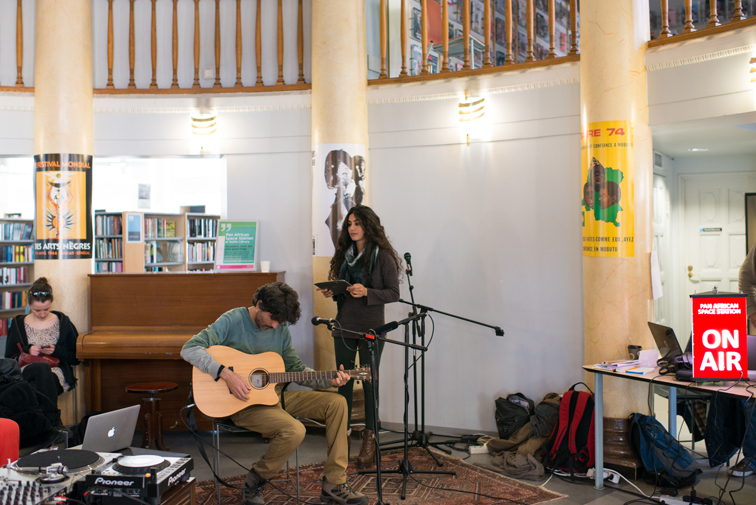 The intervention was a continuation of Chimurenga’s ongoing exploration into the utopian moment shortly after African independences, when a series of Pan African festivals staged in Dakar, Algiers, Lagos and Kinshasa functioned as laboratories for the development of new, continent-wide politics and cultures. FESTAC 77 (Lagos 1977) and its predecessors, The First World Festival of Negro Arts (Dakar 1966), the First Pan-African Festival (Algiers 1969) and Zaire 74 (Kinshasa 1974) presented a shared vision of an Africa yet to come.

This Africa was as much a geographic reality as it was a construct, a continent whose boundaries shift according to the prevailing configurations of global racial identities and power. Building on their previous research platforms staged in Cape Town, Lagos, San Francisco, Sharjah, Paris, London and New York (among others), Chimurenga will remap these Pan-Africanist imaginations and cultural visions in Helsinki. What is important here is not the reiteration of the actual past, but the persistence of what never actually happened, but might have.

The project was part of the Remembering Silences season curated by Ahmed Al-Nawas.

To listen to recordings from PASS in Helsinki, visit our Mixcloud.