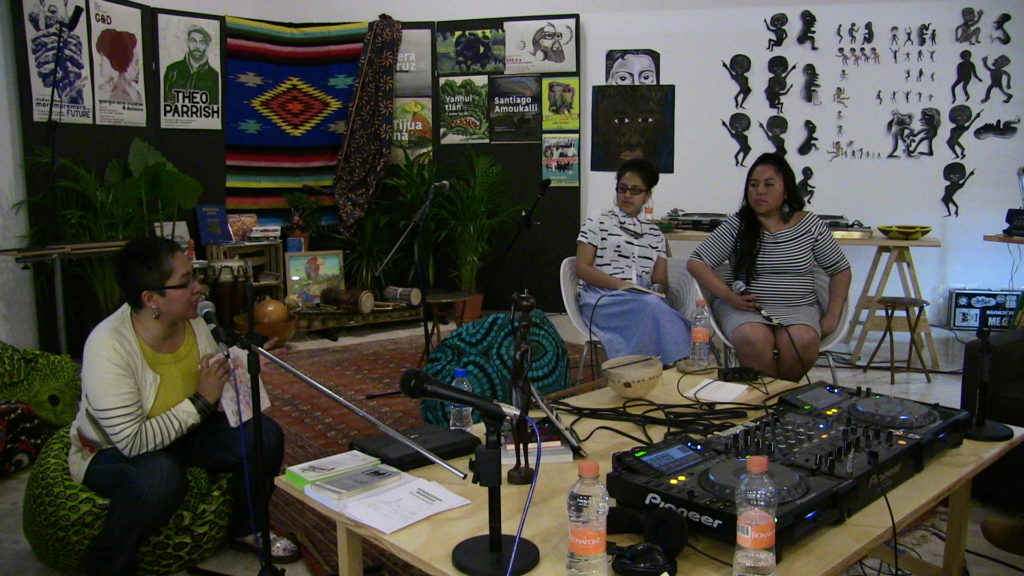 For 8 weeks, the PASS studio functioned as “ecole du soir” (evening school) – a meeting place, a classroom, and laboratory where different worlds converged. The radio programming explored the ancient supercontinent of Gondwana, contemporary South Atlantic exchanges and Afro-Mexican cultures – a public research platform toward a forthcoming edition of the Chimurenga Chronic on these themes. It also served as a community meeting space to heal and recover life. Each week’s programme was conceived and produced by guests curators, selected from collectives working in Mexico or Latin America. Collaborators included:

Champeta Punk, a DJ collective based in Mexico City and Bogotá started in 2013 and focused  on Champeta music.

Cráter Invertido, an art, editorial and radio production collective based in Mexico City.

Casa Hankili So Africa, an art centre for exiled African writers, artists and creators in the region.

Diego Ibanez is a composer and radio producer based in Mexico.

Eva Munyiri is a Kenyan filmmaker based in Mexico City.

Radio Zapote, an interdisciplinary and collaborative radio platform based in Mexico City.