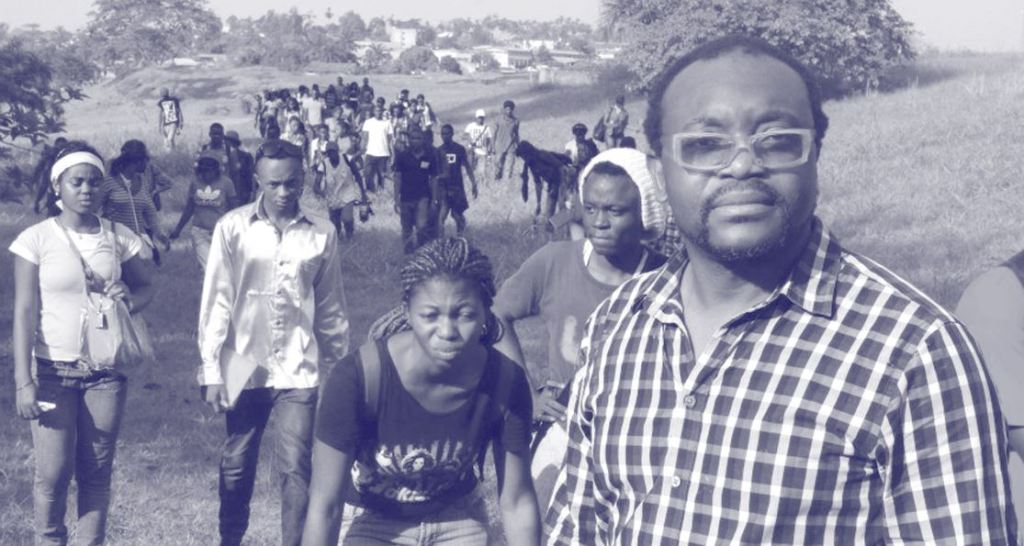 “What kind of speculative futures do artists from different disciplines imagine? Much thought-provoking work has been produced when artists engage with ideas of the future and how contemporary realities in Africa potentially provide answers to questions yet to come.”

On the 29 of October, 2015, PASS will be streaming the panel discussion “Africa’s Speculative Futures and New Imaginaries” that features Jean-Pierre Bekolo (Cameroun) as the keynote speaker, and Sherif Adel (Egypt), Pamela Phatsimo Sunstrum (Botswana/ South  Africa) and Faustin Linyekula (DRC) as panel respondents.

Jean-Pierre Bekolo is a highly-lauded, controversial filmmaker from the Cameroun. His debut film (released in 1992), Quartier Mozart’s sardonic and witty style garnered much attention at the Cannes Film Festival and introduced an alternative style to the typical “West African Epic Film”  favoured by the west. He has had six titles in his real, including a documentary and TV series.

Read Jean-Pierre Bekolo in Let’s face it: we’re in over our heads. We need the white folks to come back, published in the Chronic.

Sherif Adel is  is a multidisciplinary designer, art director and illustrator living and working in Cairo. In this interview he discusses his first serialised comic story, the satirical, science-fiction Foot 3aleyna Bokra” (or “Pass By Tomorrow”).

Pamelo Phatsimo Sunstrum is an artist and creative researcher working in the fields of drawing, animation, installation and performance. This article published on Africa is a Country engages with her work and interest in “exploring the political possibilities of imagining and occupying what she calls “Mythologies of the Future.””

Faustin Linyekula is a Congolese dancer and choreographer based in DRC. In this conversation with Stacy Hardy, he discusses “birthing new spaces for dreaming ‘other ways of breathing’ in a city where the boundaries between life and death are made bare”.

From lesbian vampire sci-fi flicks to alternative tips for how to mine the continent, Jean-Pierre Bekolo is a unique voice in 21st century cinema. He is the author of titles including Quartier Mozart (1992), Le complot d’Aristotle (1996), Les Saignantes (2005), and Mudimbe’s Things and Words (2015). Bekolo lives and works in Yaounde. Many of his films and more are available to watch via Bekolo’s Kino TV channel. His movements can also be followed via bekolopress.wordpress.com. During the PASS pop-up in Paris, Bekolo will sit with director Mwezé …  ( continue reading