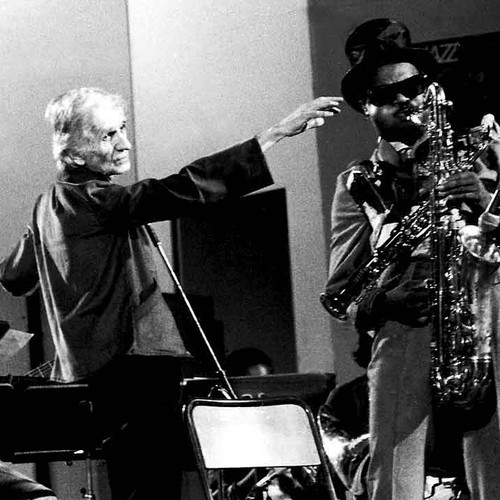 In the summer 1970, reeds master Rahsaan Roland Kirk founded the Jazz and Peoples Movement in order to promote the visibility of the artform on mainstream television. Jazz musicians wanted to re-assert the dignity of their work to the very powers that threatened that dignity— a privately owned mass media that aggressively censored natural black inventions like collective improvisation. Their tactic: to collectively interrupt live tapings of talk shows, most notably the Merve Griffin Show and the Dick Cavett Show, and erupt into full jazz concerts with instrumentalists, poets, and singers all present and participating. Once the concerts were underway it was hard to wrest the artists from the screen without expressing that tacit hostility to their form that they were there to protest, and so jazz had a moment’s notice, and as a result musicians like Lee Morgan, Abbey Lincoln, Max Roach, and Rahsaan himself, did get the opportunity to present the less commercial face of Jazz music to the most commercial face their is— live nationally syndicated television programs. Out of this movement came experiments like David Sandborn’s show Night Music and the lesser known John Lewis Show. Today we have The Roots as “house band” on the Jimmy Fallon Show, which ranges from heartening to embarrassing depending on your mood. This month’s Feed is a compilation of the interruptions staged by the Jazz and People’s Movement. We went into the archives, the archives entered us, it was not science but it was so scientifical.

Oshun and the Country Preacher by Harmony Holiday

From the Afro/Astrosonics Projects. And then in November of 1973 a fiendishly anonymous trumpeter who called himself the Country Preacher started making headlines all over the South. Rumours of what was called a ‘Vertigo of the Infinite’ that he conjured with his words and ‘preachments,’ piled one atop the other like bandits trying to breach the borders of your consciousness without id. Like all the good and spreadingest rumours, the more the stories corroborated one another the more impossible they …  ( continue reading