Oshun and the Country Preacher by Harmony Holiday 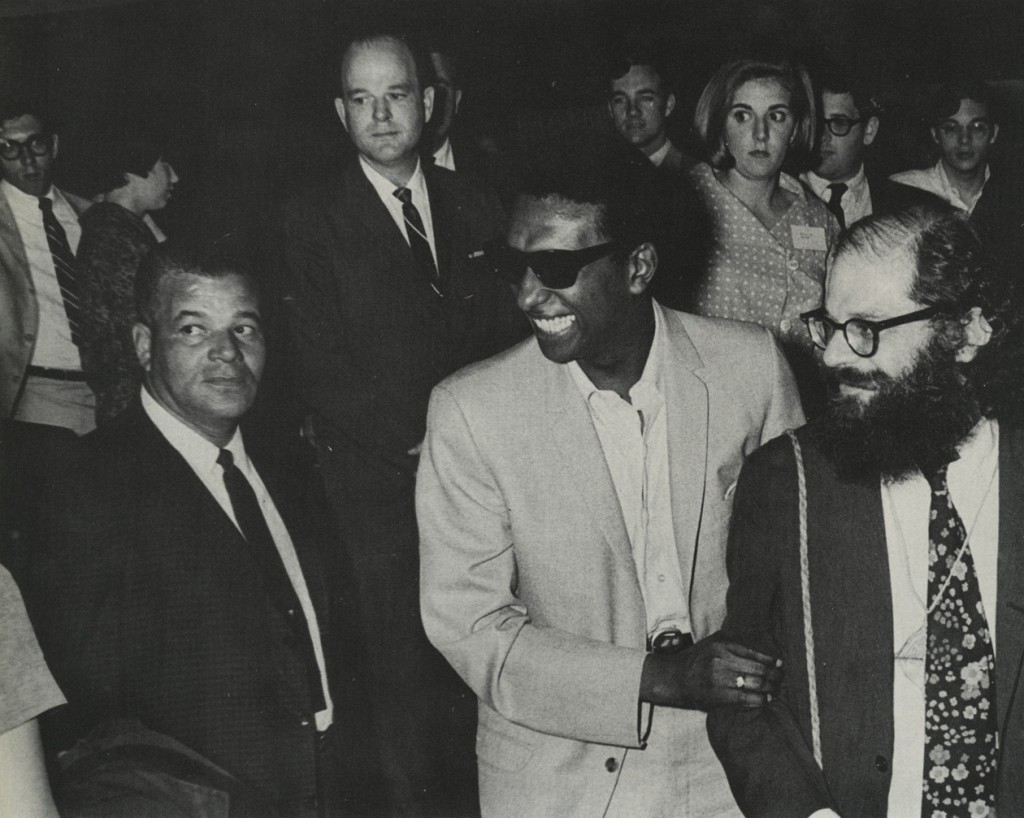 And then in November of 1973 a fiendishly anonymous trumpeter who called himself the Country Preacher started making headlines all over the South. Rumours of what was called a ‘Vertigo of the Infinite’ that he conjured with his words and ‘preachments,’ piled one atop the other like bandits trying to breach the borders of your consciousness without id. Like all the good and spreadingest rumours, the more the stories corroborated one another the more impossible they seemed. And the disembodied truth gained muscle and tone that way, and provoked new myths. There was the myth of a fleet of outspoken deacon types delivering what they called ‘urgent messages for those who would be real,’ messages so diffuse listeners would fill in the blanks and create information out of their beautiful provincial nonsense. And the Country Preacher himself became the mythic leader of the pack and shorthand for that ritualized collective imagination that all too often gets streamlined into vapid gossip. People would make up stories about the Country Preacher’s love affairs, how many kids he had with how many different women, the healing power of his words, the dangers of attending his traveling church-like scenes, etc. He became more and more intangible and more and more irresistible.

Sometimes he came off as a dandy and sometimes he was painted as a dedicated champion of chastity and all things monotonous. He embodied these two extremes and all of their illegitimate siblings birthed through his trademark slogan ‘nah it ain’t religion’ and abandoned and returned to again and again, proving that what we call glory is a contrivance predicated upon a certain amount of disgrace. Proving the incurable human obsession with binaries of vice and purification and the tension in the space where that obsession is fused with a seizing renunciation of itself, and songs become.

As far as the Preacher’s origins, It’s believed that one of the young teenagers who had traveled to Detroit with Amiri Baraka’s youth group The Spirit House Movers, to attend the commemorative concert sparked by Dumas’ killing in ‘68, had been so moved by the zeitgeist of Detroit and of the concert held during his visit, that he devoted himself to this transient role of Country Preacher evangelist dandy jive ass everything motherfucker of pure and utter greatness and trifling as he was righteous, he migrated through the southern states reading not from the Bible by God but from books of poems and lectures he had collected since Detroit in ‘68. His syncretism was intoxicating, his gospel was ‘while your eyes are watching god I’ll be watching the black maybe.’ He was deranged, lucid, bitter, unrepentant and free. No one is sure what he means by most anything he does to this day (he’s still giving regular sermons with same catchphrases and idiosyncrasies embedded within them), nor is deciphering their meanings a preoccupation, audiences are said to just listen, transfixed, and make catatonic exists.

The silence is major part of the what we’ve been able to piece together of the Country Preacher’s illusive legacy. A legacy becoming as loose as we get in the grieving and jubilant space between disciplines that silence punctuates or punctures until we will it into muses and new musics. To this effect, it’s said that he travels with a dancer who wears only white lace, a plaintiff green bandanna, and as she dances the Country Preacher reads his sermons to the tempo she moves in. At the end of each and every preachment he improvises a trumpet solo riffing on Lester Bowie’s The Great Pretender, while she swings and chariots the frankincense. ‘Nah it ain’t religion,’ the goers chorus during their clumsy hushed exodus.

For this installment of our podcast we’ve pieced together recordings of some of the Country Preacher’s sermons on the topic of Ohsun, the Yoruba goddess of ‘for love or money’ and other important prenatal questions completed by their incompletion. An independent jazz radio station in New Orleans has been sending one of its sound engineers to pirate the preacher’s preachments and then air them over the regularly scheduled programming like elegant static since the early 70s when the preacher began his campaign to spread the gospel according to how he felt it. Knowing that the station owners and the FCC would shut them down if they gave the sermons their own time slot, they’ve woven them clandestine into the music they play. We’ve done what we could to piece together some of the station’s archives and arrive at the Country Preacher’s thesis on Oshun and her relationship to the craft of poetry/poesis/ things we do for love.

It’s also important to note that the Country Preacher is himself a poet, and a man of many disguises, sometimes his sermons slip into Creole, sometimes into the voices of heroes. He is highly critical of the mass media, nuclear war, America’s top 40, Casey Kasen, and handguns, though he always carries one. When asked why once, he answered, “You cannot be afraid of all that is actual, you have to prove the contradictions until they can’t survive one another, you have to be addicted to dancing in the risk of a fall, to re-framing what progress is, and you can’t ask for permission, you have to keep it quiet, everything is meaningless so nothing is meaningless, the meek ain’t gonna inherit shit, cause I’ll take it, but I’ll give it back too…translated into sheet music…” He went on. He was a great pretender. He could riff like that for hours and captivate his audience.

When asked once, why he studied Oshun so closely and what he meant when he referred to the ‘devotional avant garde,’ as he often did, he held up a photo of Josephine Baker and shook his head, debonair and giddy with hindsight.