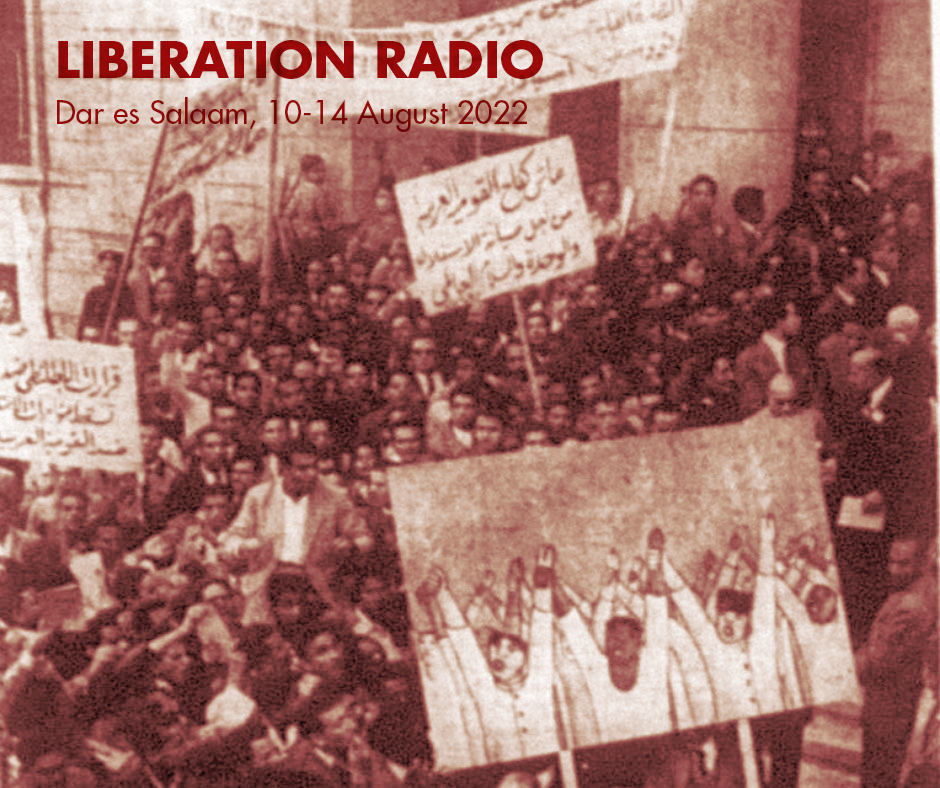 3pm – RBI-in-Exile: GDR and African liberation movements
Radio Berlin International (RBI) was an organ of East Germany (GDR) and its main tool of communication with the-then Third World (now known as the Global South, but without the political imagination). Much maligned by Western critics, RBI was nevertheless a crucial platform for cultural production and exchange beyond the dictates of free-marketology. R.I.P.

RBI-in-Exile, then, is a nod to this deceased project and its long discarded sibling – one that sidesteps the worldview of Cold Warriors. This opening episode stages a family reunion, where we review the cultural apparatus of GDR in its engagement with the African Revolution.

4pm – We Dreamt of Utopia and Woke Up Screaming
This radiophonic feuilleton is also a meta-archive of the African Revolution. It is a humorous attempt to document the mostly tragic, NGO-funded, state-instituted process of assembling an official archive of African liberation struggles – and its inclusion in the mighty Unesco list of intangible cultural heritage under the euros-spinning, bureaucrazy-designed title of “African Liberation Heritage Programme”.

Our program asks, simply: what could be more tangible than liberation?

5pm – Voice of the Distant Stars
This program reboots and expands on the work of Sauti ya Cairo, the sharpest end of Egypt’s anticolonial and internationalist programme during the late 1950s, and the seldom-acknowledged model for the many broadcasting projects subsequently initiated by African liberation movements.

The opening episode of “Voice of the Distant Stars” re-examines the Afro-Asian People’s Solidarity Conference of 1957, and the 2nd Afro Asian Film Festival, both in Cairo and integral parts of Nasser’s quick-footed response to Bandung’s call.

6:30pm – Ode to WSU (pronounced wusu)
A review of strategies and tactics of student movements, and pedagogic experiments initiated by African liberation movements.