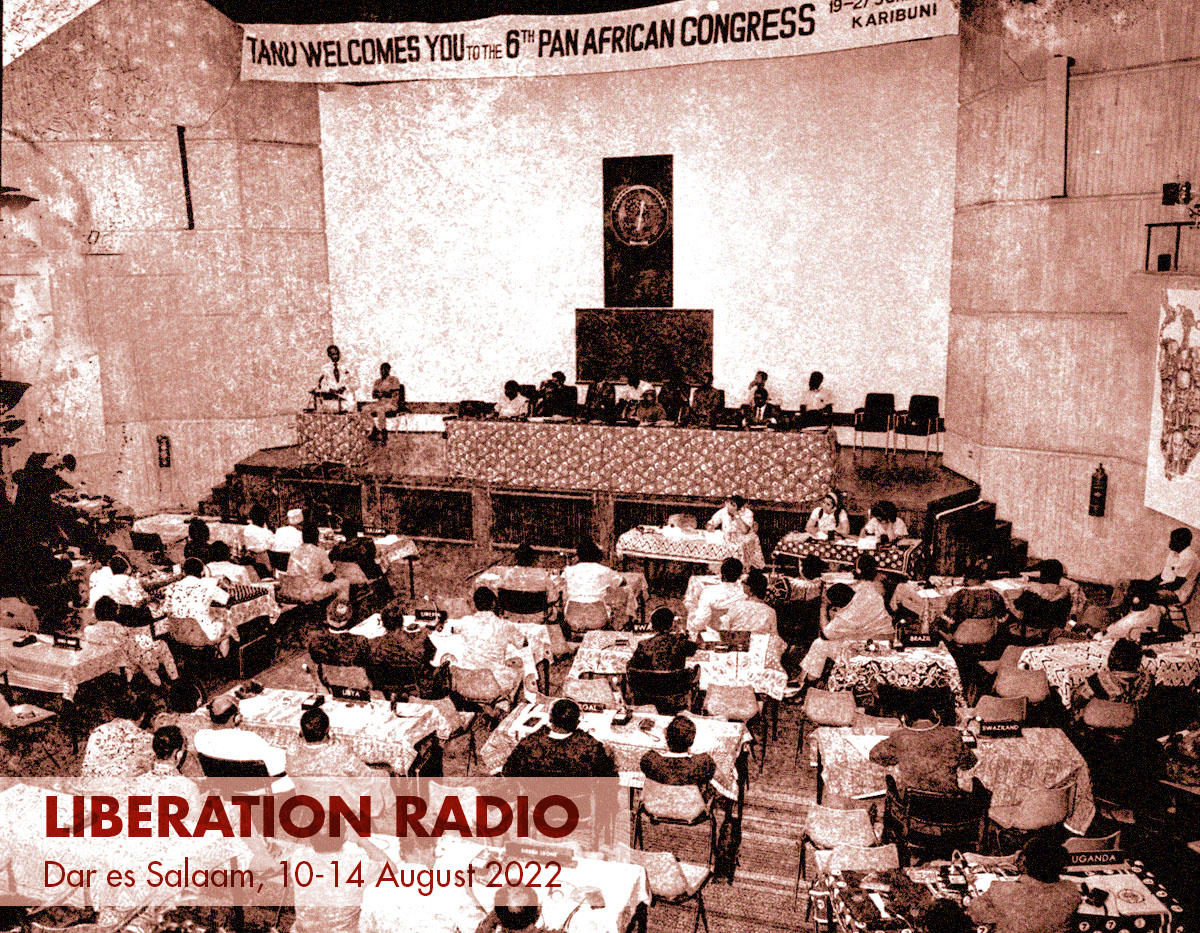 3pm – Radio USARF: Tanzania Publishing House and a tale of two Walter’s
In a rare interview with Walter Bgoya we discuss the life and afterlife of Walter Rodney’s How Europe Underdeveloped Africa (1972), a book that combines the fire and analytical power of Fanon’s Wretched, with the historical depth of Cheikh Anta Diop’s best writing.
Rodney’s masterwork was first published in Tanzania by Walter Bgoya, then director of Tanzanian Publishing House (TPH), and founder of Mkuki na Nyota.

5pm – Voice of the Distant Stars
This program reboots and expands on the work of Radio Cairo and Radio Free Africa, the sharpest end of Egypt’s anti-colonial and internationalist program, during the late 1950s and early 1960s, and the seldom-acknowledged model for the many broadcasting projects subsequently initiated by African liberation movements.
The second episode of “Voice of the Distant Stars” revolves around revolutionary cultural and political actions taking place in Cairo in 1961. It connects to the Voice of Free Africa station, visits the 2nd Afro-Asian Film Festival and listens to Pauline Lumumba telling the story of her husband’s assassination and her family’s escape to Cairo.

6pm – RBI-in-Exile: Ayi Kwei Armah in Dar and the Invention of a Pan African Language
This show reviews Ayi Kwei Armah’s time in Dar es Salaam in the 1970s. What impact did his engagement with radical intellectual circles including Walter Rodney, Jennifer Lawson and Nsa Kaisi have on his career as a writer and independent publisher? Novels like Osiris Rising and The Resolutionaries, give insight into his critique of the limitations of Nyerere’s Swahili project and his proposition of a newly designed Pan African lingua franca based on hieroglyphs.

7pm – We dreamt of Utopia
In conversation with Anoek De Smet. Architecte-Urbaniste, Dar es Salam resident and the architect who eventually brought to an end the utopian project of providing a house to all the liberation voices from the past. The discussion will evolve around the question of the audience or listenership, is there any chance for an emancipated listener to exist? Be it a live broadcast or a digitalised sound archive, do “we speak and nobody listens”?

t The scene outside the Afro-Asian Peoples’ Solidarity Conference opening ceremony at Cairo University Today we open our Liberation Radio: Dar es Salaam sessions: 2pm – Liberation Dance: When Tarzan Met the African Freedom Fighter An ongoing exploration of struggle music – literally, music produced by and through the movements and people involved in Africa’s liberation struggle, rather than about it. “Struggle Music” is also a misnomer, it designates collective expression which, although musical, refuses to be “music” – or …  ( continue reading