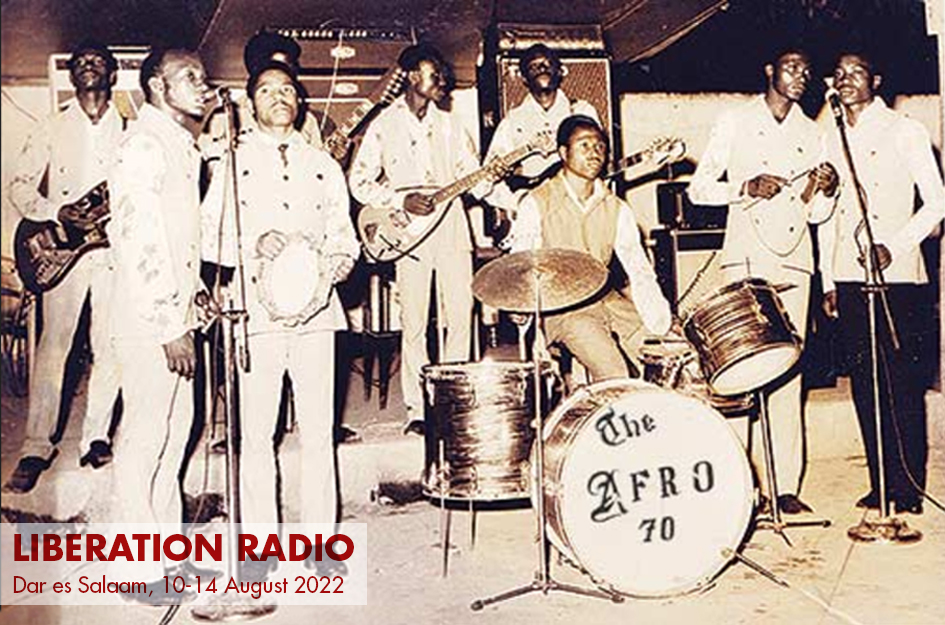 2pm – Liberation Dance: Toyi-Toyi & Struggle Songs
An ongoing exploration of struggle music – literally, music produced by and through the movements and people involved in Africa’s liberation struggle, rather than about it. “Struggle Music” is also a misnomer, it designates collective expression which, although musical, refuses to be “music” – or the process of individuation that produces it. It helps us demarcate from what is customarily called “protest music” – which, at times, may be used to silence protest, or, as our comrade Harmony Holiday sweetly put it, “harmonise with the state”.

4pm – Afro 70
A musical composition in song and in people, Afro 70 whose members form a harmonious collective of southern Africa and Tanzanian song. Apart from generating an afrique salon of sound Afro 70 aligned their movements consciously, choosing political lyrics which display strong anti-colonial sentiment. Whilst the band members moved in an underground of their own, paving connections between music and political agenda.

5pm – Radio USARF: Youth Politics
In a riveting extension of the conversation of Dar’s political atmosphere in and before the time of ‘independence’. We delve into youth resistance, the students on the hill and anti-colonial rebellion with the University Students’ African Revolutionary Front (USARF).

7pm – Rebecca Corey & Guests
Reversing technology and taking us back, Rebecca brings her reel-to-reel into studio providing a unique sonic experience. Both for our ears and our minds with a touch on the music history in Dar and the oh so many facets it encumbered in conversation with musician and producer John Kitime.