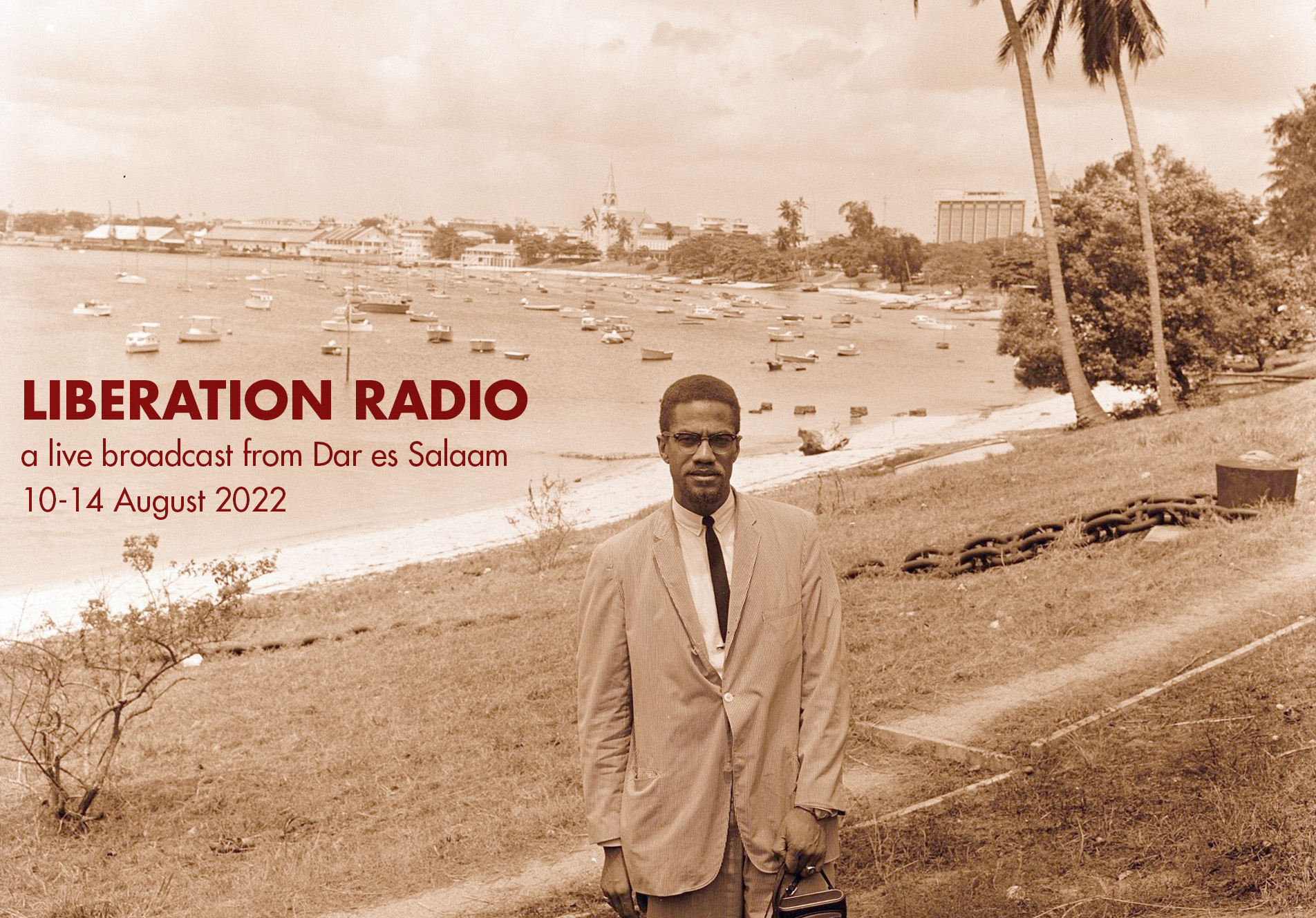 From 10 – 14 August 2022, we presented another edition of “Liberation Radio”, an ongoing research conducted primarily through broadcasting practice, on cultural initiatives by and through liberation movements operating in the city-studios of Cairo, Accra, Conakry, Algiers, Dar es Salaam, Lusaka and more.

After Cairo and Harare, we landed the Pan African Space Station (PASS) in Dar es Salaam to listen on themes such as the radical history of the University of Dar es Salaam – including Rodney-mentored study groups such as USARF and more; the limits of state-instituted Pan Africanism, as experienced during the 6-PAC of 1974; the spread of Kiswahili through the liberation struggle and its promotion by Soyinka, Armah, Ngugi and other members of the short-lived Union of African Writers; as well as the cultural work enabled by the presence of freedom fighters in Dar – such as the radical output of the Tanzanian Publishing House and the Tanzanian Broadcasting Corporation. But also, smaller but influential projects like the music group Afro 70. And much more.