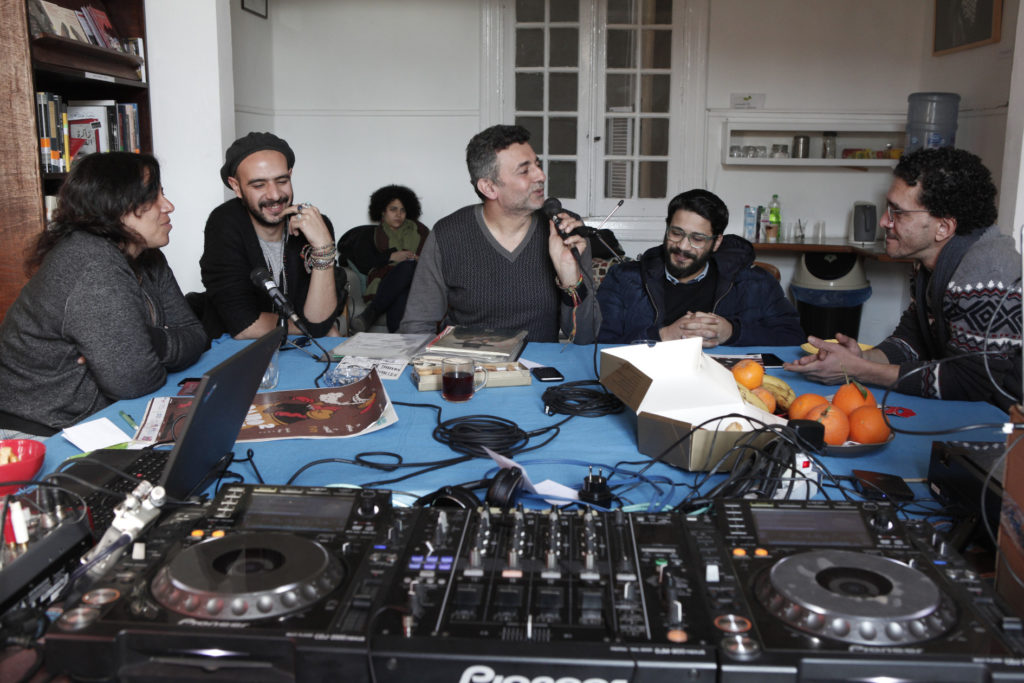 From 16 -19 February 2017, the Pan African Space Station landed at the library of Contemporary Image Collective (CiC) in downtown Cairo.

Over the four days, PASS in Cairo became an improvisational platform for research and deeper explorations into imagined and imaginary borders, featuring live readings, performances and conversations with Chimurenga collaborators in the city.

Friday, 17 February:
Twelve Clues
Hassan Khan in conversation with Yasmine Allam and Andeel about his sci-fi novella ‘Twelve Clues’. The novella, featuring 12 clues, 12 chapters and 12 artworks, alludes to a colossal corporation, a ground-breaking science project, humanity, a movie, apes, robots and religion, but complicates the logic of these worlds when they collide with the entangled lives of the characters. Listen back to the conversation here.

Saturday, 18 February:
Occupy The World
Cartoonist and graphic artist Magdy El-Shafee took us through his illustrated works and selecting music from his personal collection. He was joined in conversation with children’s book author, Rania Amin, scriptwriter Muhammed Abdelaziz and other friends. Listen back to the conversation here.

Re-search
Amado Alfadni, Adham Hafez and Shatha Al Deghady in conversation about slavery, identity, artistic practice and process, collaboration, imperialism and the need for alternative ways to re-search ourselves and our positions. Listen back to the conversation here.

Sunday, 19 February:
Language as Material
Amira Hanafi read selections from her books Forgery (2011) and Minced English (2010), and shared recordings from her project, A Dictionary of the Revolution, that documented the amplification of public political speech following the 25 January 2011 uprising in Egypt. Listen back to the conversation here.