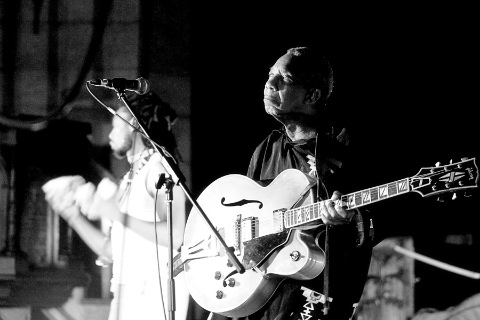 It’s Thursday night and I’m in church; near the back as usual. I arrived late to see the Kyle Shepherd Trio at St Georges Cathedral based on the assumption that because the More More More Future gig had started a full hour late on Tuesday, this would as well. The Cathedral is full and dark; Kyle Shepherd has already started. The huge stone columns make it hard to see from the sides, the austerity of the venue makes it hard to walk around to look for a place to sit. I hover at the front, the audience is leaning forward psychically connected to the interplay between Shane Cooper’s throbbing bass and Jonno Sweetman’s drums, with Shepherd’s piano gently urging them forward. I move to the back to sit and drift into the effortless hybrid Cape jazz, with its spaces and its moving from laziness to frenetic, piano melodies returning and returning. 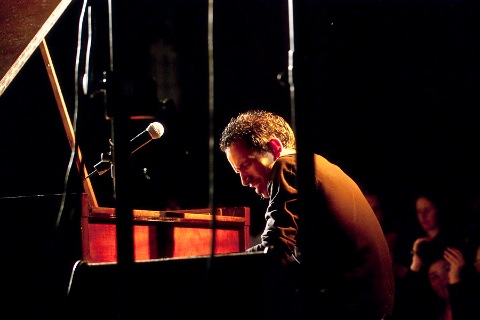 But from where I am, that far back I don’t feel the connection to the soul of the it, I envy the people down front. There seems, to be, just out of my reach, a glowing intensity in the heart of the Cathedral, shining against the dark space vaulting above them. At the back, the melodies are drifting and floaty, the drums seem insubstantial and barely there; the bass penetrates through but doesn’t seem to hang onto anything. I’ve seen/heard Shepherd before (but never in a venue this big) and I’ve always felt somehow plugged in, no matter how noodly he can get. So I go outside and wait for the next performance.

Dr Philip Tabane and Malombo are nothing my white ass was prepared for. Clean Gibson chords pass through the spaces, minimal, barely progressing, shafts of sunlight in a clear morning, the grass snake percussion behind it barely giving a bed to rest. Tabane plays deceptive simple notes, the malombo drums start up a rhythm and die down, the guitar goes into darker slighter space almost collapsing in on itself. The Doctor is an energetic seer, beginning melodies and then suddenly pulling them to a halt, grinning like some kind of naughty demon. Songs aren’t really songs, they’re shifting tableaus of cowhide beat, clear high notes chugging into grungy experiments, the hand percussion changing and layering. An energy flows through the whole church, from way back I can feel some kind of mystical flow. There is large space between the instruments, even as they break down precisely, as one, through tight swift mood changes. 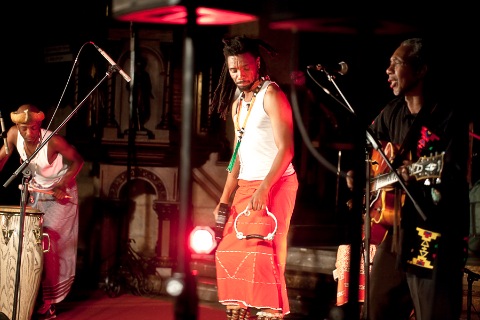 The Doctor vocally intones gravel notes as his hands come, like fish in the river, from under the wrong side of the guitar, plucking out Zen Master styles. He stands back satisfied, smiling and lets the drums take up a rhythm and then darts back in with a stab of string scratching that turns into a brief twangy plucking. Staccato and distant like electricity bouncing off hills in a too hot summer; Malombo and Tabane switch from being almost a memory of music to right in your face. The Doctor’s impishness, his sticking his face out at the crowd as if to say, “Ha! How’d you like that!” climaxes when he puts his guitar down on the floor, from where I am at the back it looks like he’s playing it with his head, maybe his teeth, but he scratches diminishing chords into the sound of some kind of advanced and broken fax machine of the gods. He stands up and growls some more into the microphone, the drums slink home like some heavy wounded animal. Does it end? I wander out of the Cathedral unsure.

Later that night Albert Hall is full down front and it’s usual boomy acoustics mean that Georgia Anne Muldrow and Declaime’s Black Panther-lite hip hop is coming across extremely bass heavy. Shaken from the direct connection and playful hypnotics of Tabane I check my program and I see they’re playing in Langa on Saturday, so, thinking it’ll be a better environment to see them in, I zone out and bop along to to the Fugee’s-esque bounce, the evening devolving into whiskey and chatter. 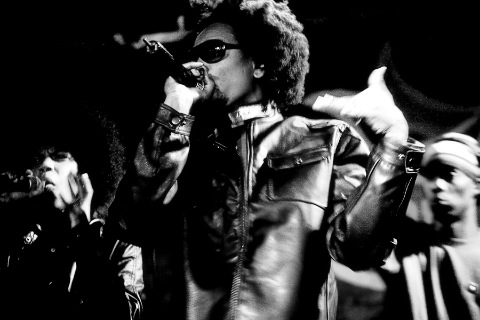 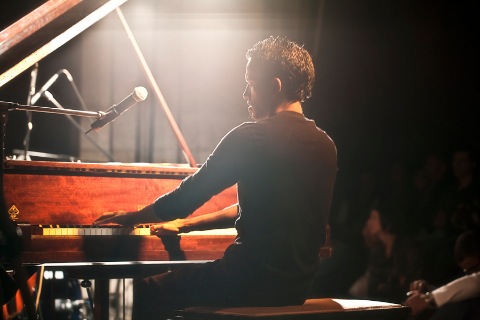 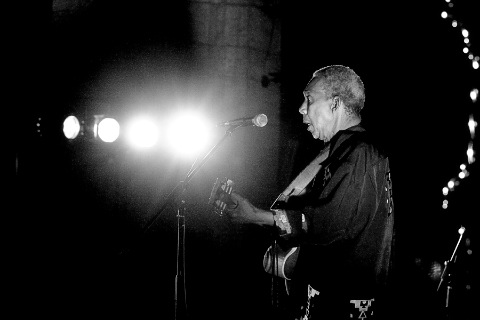