African Futures Knowledge Production: Where do we go from here? 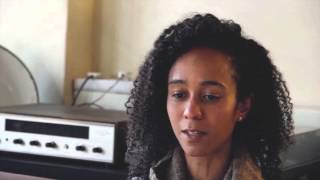 “Who generates knowledge about Africa? How do past, present and future collide in representations of the continent? And what are the different languages we use to speak about Africa’s political, technological and cultural tomorrow?”

While the world embraces information as both resource and currency, Africa is busy working on telling its story and imagining that story’s future. Will this shift the way in which we think about information or data? Can fiction be a more accurate vehicle for telling the truth than news reports? And whose voices, whether relaying information or telling stories, will be heard?

On the 31st of October, 2015, PASS will be streaming the panel discussion “Knowledge Production: Where do we go from here?” that features Thenjiwe Niki Nkosi (South Africa) as the keynote speaker, and Ntone Edjabe (Cameroon/ Cape Town), Achille Mbembe (Cameroon/Johannesburg) and Keziah Jones (Nigeria) as panel respondents.

Thenjiwe Niki Nkosi is an artist who divides her time between studio work and navigating the field of art as social practice. Her work investigates power and its structures – political, social and architectural. Implicit in her examination of these structures is an interrogation of the invisible forces that create them, and imagining alternatives.

Keziah Jones, born in Lagos Nigeria in 1968, is a singer-songwriter and guitarist. He describes his unique and definitive musical style as “Blufunk” – a fusion between raw blues elements and hard, edgy funk rhythms. First discovered busking on the streets of London, Jones created a sensation wherever he played. Since playing supporting act to popular rock musician Lenny Kravitz on a world tour and signing to French label Delabel, he has toured constantly, headlining prestigious concerts and festivals around the world. Jones’ last album Captain Rugged, accompanied by a graphic novel about the adventures of an African superhero, was released in 2013 to great international acclaim. Captain Rugged was his 6th album since his first release Blufunk Is A Fact! in 1991.

Ntone Edjabe is the founder and editor of Chimurenga: a project-based mutable object, a workspace and a platform for editorial and curatorial activities, including the Chronic, Pan African Space Station, African Cities Reader and more. He also works as journalist for various publications and performs as DJ at clubs and festivals worldwide.

Achille Mbembe is a Research Professor in History and Politics at the University of the Witwatersrand’s Institute for Social and Economic Research (WISER). Mbembe is the author of many books, including On the Postcolony (2001) and Critique de la raison nègre (2013). His work has been translated in various languages. He is also the editor of the online magazine The Johannesburg Salon and the convenor of The Johannesburg Workshop in Theory and Criticism (JWTC).