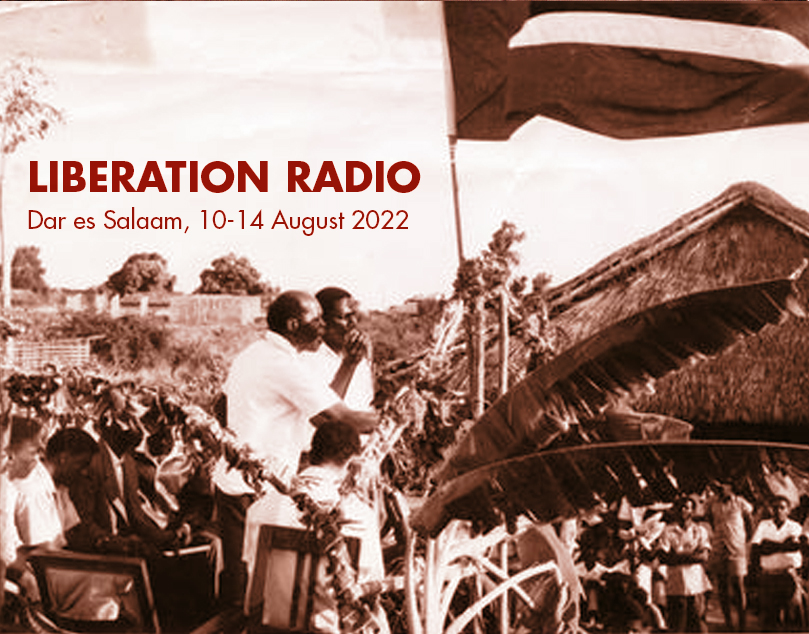 3pm – Radio USARF: FRELIMO in Dar
Of interest is the struggle for control of FRELIMO between the Adelino Gwambe/Marcelino dos Santos faction, which was backed by Nkrumah and financed by Moscow, against Mondlane/TANU/CIA. FRELIMO is also interesting because it is the firstborn of the exiled lib movements, and for a decade at least, was the most notorious as well as the most favoured both by Nyerere and the Cold War big boys. The civil war within FRELIMO, culminating in Mondlane’s assassination at the end of that decade, embodies not just the contradictions within individual liberation movements, but the wider dilemma of tactical relationships with Cold Warriors.

5pm – Pungwe Radio: Black August
Connecting intergenerational practice of liberation through time Black August unpacks continuous struggles of hardship and resistance. Moments of rebellion coincidently taking place in the politically auspicious month of August, mirrors one of the million connections our African states share, connections that should not stop at experience but move into unified resolution. To dig into the multitude of processes of liberation we engage in conversation vital minds such as Nora Schimming Chase, a SWAPO exile in Dar who in the 60s, along with her sister 0ttille, left European Doctoral programs to come home.

6pm – We dreamt of Utopia and Woke Up Screaming
Getting to know Dar and searching for the liberation movement buildings, Yasmina and Bernard Ntahondi, the city’s history and architecture heritage guide, re-enact their city tour of Dar es Salaam. Their experience in looking for the buildings which once housed Frelimo, ANC, the OAU, etc., and their disappointment in what they found in what was sites of resistance.