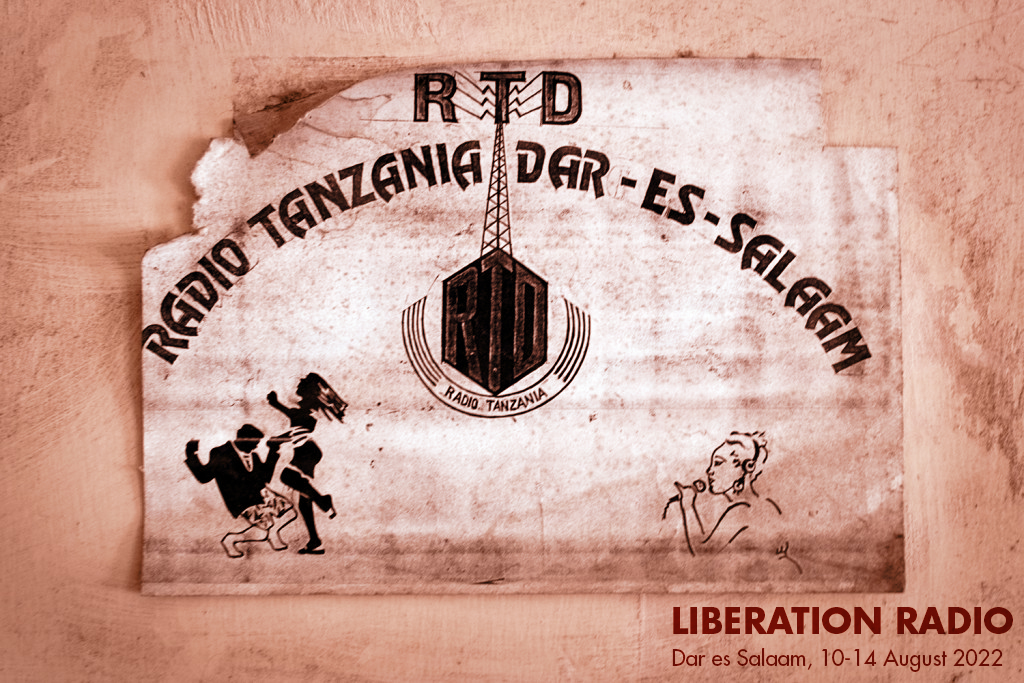 2:30pm – Tanzanian Broadcasting Corporation and Liberation Movements – a conversation with Maria Shaba
Radio Tanzania in Dar es Salaam, where the headquarters of the-then OAU’s African Liberation Committee were located, began broadcasting programs on the liberation struggle in Africa in 1962, and by 1970 had a fully-fledged external service that hoisted radio stations/programs by movements across the continent including: FRELIMO, UNFL, MPLA, SWAPO, MOLINACO, ANC, PAC, ZAPU, ZANU and FROLIZI.
The journalist and feminist activist Maria Shaba was the producer in charge the programing with the liberation movements at Radio Tanzania.

3:30pm – RBI-in-Exile: Kwame Ture and Black Power Support for Palestine
Throughout his life Kwame Ture remained an unwavering supporter of the Palestinian liberation struggle. Building on the teachings of Malcom X, Frantz Fanon and a study group formed by Ethel Minor in 1967 Ture launched a World-Wide African Anti-Zionist Forum in 1990 from his base in Guinea-Conakry. Amandla Thomas-Johnson and Toivo Asheeke shed light on the longer history of Black Power critiques of Israeli Zionism, the impact of Ture’s stopover in Dar es Salaam and contemporary forms of Afro-Arab solidarity. Together with Mahmood Mamdani’s analysis of settler colonial legacies this conversation redraws the world map from the geographic to the political.

5pm – Voice of the Distant Stars
This program reboots and expands on the work of Radio Cairo and Radio Free Africa, the sharpest end of Egypt’s anti-colonial and internationalist program, during the late 1950s and early 1960s, and the seldom-acknowledged model for the many broadcasting projects subsequently initiated by African liberation movements.
The third episode of “Voice of the Distant Stars” revolves around revolutionary cultural and political actions taking place in Cairo in 1964. It connects to the North America, Canada and Mexico serve of Radio Cairo, visits the “Festival International du Film Amateur de Kalibia”, Tunis, and we listen to Malcolm X’s speech at the 2nd Organisation of African Unity meeting.

6pm – What is a Curriculum?
A review of strategies and tactics of student movements, and pedagogic experiments initiated by African liberation movements. In the second episode we discuss the nature of both student movements and the ongoing struggle to liberate educational practice. Stepping inside these spaces of young intellectuals we gauge the spirit needed to challenge a discriminatory system of learning so well inscribed many of our youth are forced into mental straitjackets in the hope of gaining economic and occupational freedom.