The Music Mind of Greg Tate: Sonic Syllabus for a Patternmaster 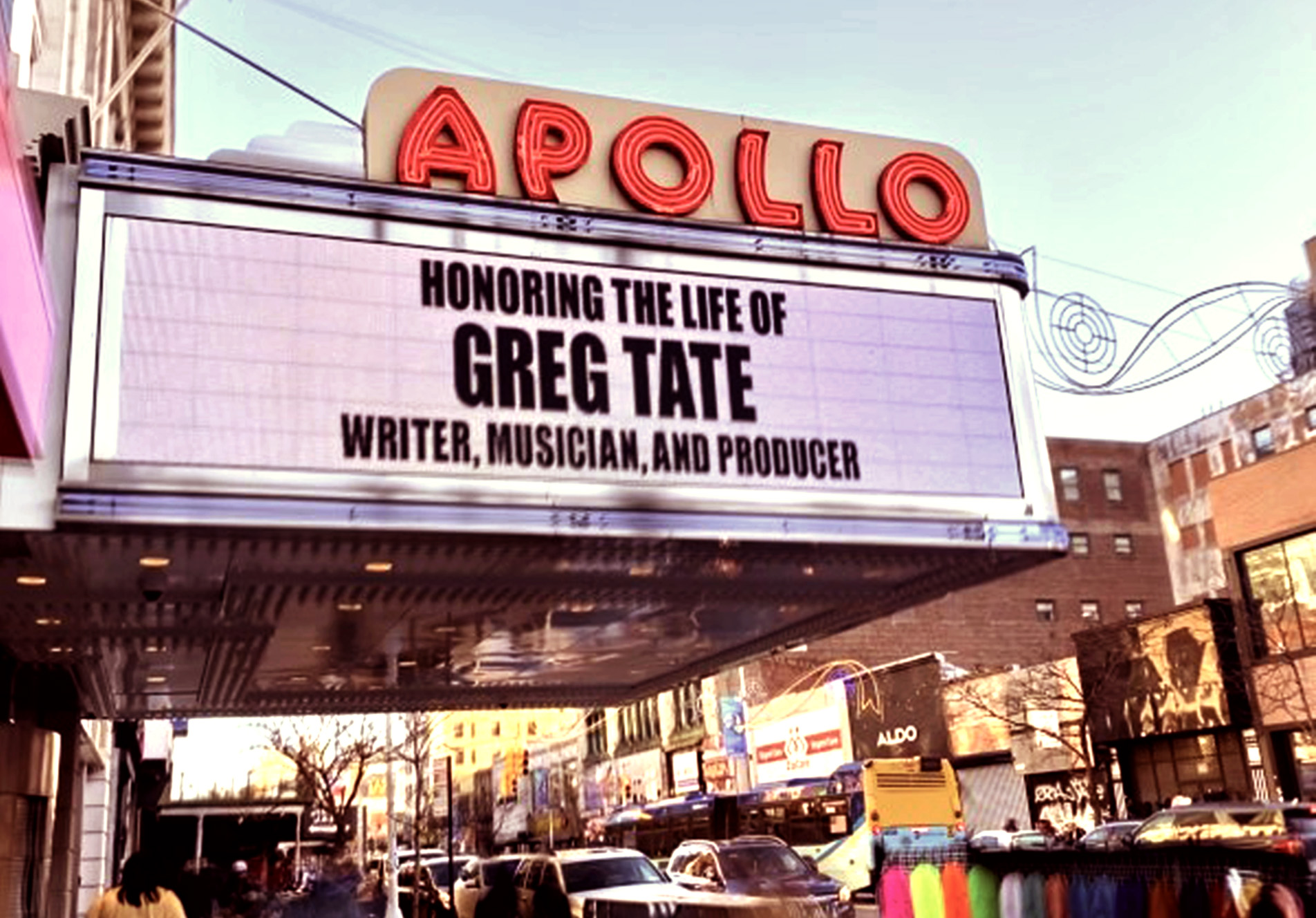 We were honoured to present a 5-hour music selection in Greg Tate’s memory on his arrival day – 14 October – live on the Pan African Space Station. The music was lovingly selected by DJ Lynnée Denise, Elisa Blount Moorhead, and dream hampton, who collectively spent hours, days, and years processing, listening, describing, and testifying about music with him. The mix is assembled and introduced by DJ Lynnée Denise.

DJ Lynnée Denise
Greg Tate was a jazz historian, a scholar of visual culture, a Black rock professor, and a master of memorial writing. The first time we spoke, we spent three hours discussing P-funk, Bjork, and Hendrix with the Band of Gypsies. By the end, we had reflected on the musical lifeworlds of Prince, Betty Davis, Dayton funk, and the blues. Tate had a DJ’s ear. More than that, he had the gift of showing attention, respect, and engagement with me as a peer, and as such, he put confidence under my wings as an artist, and he had incredibly impactful and tender exchanges with Elissa and Dream over the decades. Throughout his life, he stayed here, stayed listening, with many of us for many days, months, and years.

Elissa Blount Moorhead
He sometimes called me the  “patternmaster,”  suggesting that I had a gift of community-making through telepathy, as Octavia Butler vividly described. I scoffed at that suggestion. We all know it was just a projection. He was quietly the patternist and maybe even the whole damn pattern. He stayed singing the praises of everyone he loved and respected and ensured they all knew each other and shared thoughts and work.

dream hampton offered a five-song medley that describes the sound of her midwest kinship with Greg Tate when it was situated in Harlem, New York.

Complete liner notes for the mix are available at www.djlynneedenise.com.

Listen to the mix here: