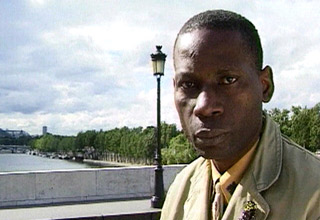 Blaise Ndjehoya is a journalist and film-maker born in the Central African Republic. His films give focus to movements of the Harlem Renaissance, Présence Africaine, Manu Dibango, and the wave of writers who moved from the US to Paris in the 1940s. Conversations with Aimé Césaire, Gordon Parks, René Depestre and other notable voices give shape to his stories. Titles include: La Rive Noire (from 2013 and featuring music by Franck Biyong), Un sang d’encre (1997) and Silence (1991).

At our PASS POP-UP in Paris on Thursday, Blaise Ndjehoya will join Christine Eyene to discuss bikutsi music.