Shabaka Hutchings and The Brother Moves On Bios 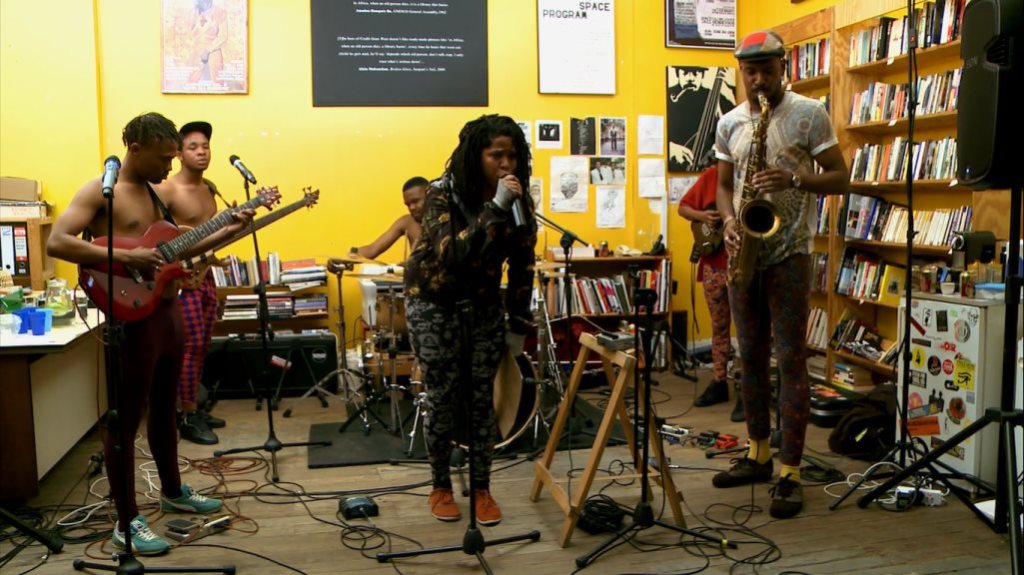 Shabaka Hutchings is a breathtaking saxophonist, clarinetist and composer. His early musical schooling moves from calypso bands, classical ensembles and various jazz groups in Barbados to the Guildhall School of Music and Drama (UK). Since then he has been invited to play with musical greats including Mulatu Astatke, Charlie Haden, Orlando Julius, Louis Moholo-Moholo, and the Sun Ra Arkestra. Shabaka’s own group Sons of Kemet, which includes Seb Rochford and Tom Skinner on drums, and Oren Marshall on tuba, released their debut album Burn in 2013.

Read more from Shabaka Hutchings in The Chronic: We Need New Myths

Via their unique Johannesburg-based performance art, The Brother Moves On rail against rainbow-nation mythology and the commodification of difference in post- apartheid South Africa. Their new album, A New Myth (2013), features illustrations by Nolan Dennis and is their debut album dedicated to departed brother Nkululeko Mthembu.