The Voodoo Chile departed 40 years ago – found gone. We pay tribute via his last and arguably most lasting work. The Ladyland in full in your player. 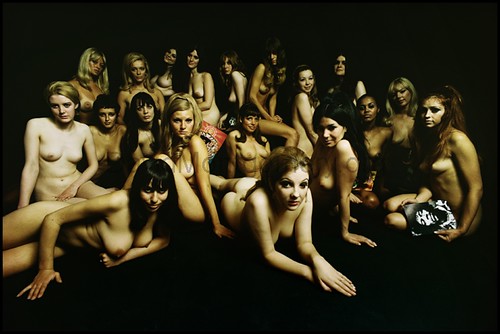 And here, in full, Brother Greg Tate (greetings!) on the meaning of Jimi (first published in Chimurenga Magazine, vol 5):

All roads lead to Jimi Hendrix.

As all roads veer off from Hendrix, guiding us toward whatever promised land, crossroads, or dystopia we may choose to imagine. It is as if all human history and mythology had conspired to deposit him on our doorsteps.

This living embodiment of all our racial fears, romantic fantasies, otherworldly dreams, and radical desires. This shy Black man bursting with reflections of all the culture’s fecundity and fetishes – what rough beast set this godhead before us and instructed him to roam about so unchained and uncaged, so unbowed and unbound? A beast kind enough, at the end of the day, to let us catch him going about his business of peace, noise, unity, and levitation.

So that if the question was ever “Mr. Hendrix, are you now or have you ever been a Buddhist or Baptist, Republican or Democrat, Panther or peacenik, hawk or dove, cowboy or Indian, Jew or Gentile, Black or hippie?,” his answer could only be “Undeclared, but ye, all of the above, in my experience.”

Hendrixian: what we ought to mean whenever we speak of the universal. Hendrixian: what we ought to mean whenever we recognize this as a Black Planet. Because it is through him that we finally see what connects our griots and their koras to our Greeks and their lyres, and our cantors and our Jolsons to our Buffalo Soldiers and their banjos, and our slow sliding blues troubadours to all the other fallen Orphic angels who exchanged their wings for the garden of earthly delights – Shango, Apollo, Thor, the whole lot of them aye, Mr. Delany and Lucifer too.

It was to be through him that some came to finally believe in gods on earth – like my African American postman friend who, one night outside of Frank’s lounge in Brooklyn, insisted that if I was writing about Hendrix I had to say that “he really was a God and not just a guitar player.”

Long after his expulsion from the garden, his nervous system covers the earth. Like those maps of aerial flight they hand out on transatlantic jumbos. Like those spindly-creepy networks of arterial foliage you used to find in the Encyclopaedia Britannica’s translucent anatomical overlays.

And the Britannica is where we must go should we desire to summon all his common ancestors. Because it’s hard to imagine there having ever been a Hendrix without there having first been the Dionysus of The Bacchae or the Debussy of La Mer or the Varèse of Poème Electronique or the Elvis Presley of Sun Studios (the same Presley who turned out a sixteen-year-old Hendrix in 1957 at Seattle’s Sicks Stadium where he saw The King melt down a crowd of 15, 000). We say had there been no Robert Johnson, no Arthur Rimbaud, no A Love Supreme, or no Lord Buckley there may have been no Jimi Hendrix either. We say, Lookahere, man, Captain Blood and Sitting Bull bear as much responsibility for his coming this way as Orpheus, Orson Welles, and Philip José Framer (the same Farmer of science fiction fame whose short story about aliens from a planet with a purple hazy atmosphere, not an acid trip like we once thought, inspired the song). Go tell the world: Ogun, Lawrence of Arabia, Jocko Henderson, and Iceberg Slim aren’t the only ones who have to take the weight. Don’t just turn the evil eye on John Lee Hooker, Willie Dixon, and Ike Turner. Train your gaze on Jean Genet, Johann Sebastian Bach, Sun Ra, and Karlheinz Stockhausen too. Don’t just blame old blind Homer, Uncle Remus, the Bronze Buckaroo, and Blind Lemon Jefferson: Ravi Shankar and John Glenn got some owing up to do as well. Let none of them off the hook: not little Richard (whose Cadillac once presciently and innocently pulled up in front of Hendrix’s house in Seattle seven years before Jimi would join his band) nor the Bard of Avon, Lady Day, Bird, Josephine Baker, or the Mensa genius Jayne Mansfield (whom Hendrix recorded a 45 with). Paternity tests for Chuck Yeager, the Isley Brothers, and Oscar Wilde will all come out positive. So that when the court (Judge Pigmeat Markham presiding) says “Jimi Hendrix, the bench finds you guilty of descent from a long line of barnstormers, runaway slaves, carnival freaks, and social deviants – Nigga, how do you plead?,” his defense, wrought of iron, catgut, and Spanish fly, will be the Fender Strat-Marshall stack version of “Strong and Wrong, Loud and Proud, Black and Blue, Who the Hell Asked You?”

A god can do it. But will you tell me how
a man can enter through the lyre’s strings?
Our mind is split. And at the shadowed crossing
of heart-roads, there is no temple for Apollo.

Song, as you have taught it, is not desire,
not wooing any grace that can be achieved;
song is reality. Simple, for a god.
But when can we be real? When does he pour

the earth, the stars, into us? Young man,
it is not your loving, even if your mouth
was forced wide open by your voice – learn

to forget that passionate music. It will end.
True singing is a different breath, about
nothing. A gust inside the god. A wind.

A mess of ungodly desires will follow his time on this bitter earth.

His here-todays and hereafter-tomorrows will come to have dire, mortal consequences for many of diminished capacity. Because of him the notion of human limits will become far too ludicrous for words. Because of him that timeworn axiom of the sensual adventurer, “the kingdom of excess leads to the palace of wisdom,” will suddenly seem quaint. Astral travelling will become a plebeian affair. A trip no further out of reach to the hoi polloi than the nearest stylus. Yes, Lord, yes, a lot of bad music, ill-advised drug consumption, and garish costuming will result from his influence. Shitloads of gnat-note fusion jazz and overwrought instrumental metal too. But these homages and mindless, adolescent diversions will neither mean nor cause any great harm. For all were just feeble attempts to march in lock-step with the Almighty.

(It is not easy to write about Hendrix without indulging in hagiography, hyperbole, superlatives. We have no interest in even trying. Because what a bore that would be.)

1:7
Praising is what matters! He was summoned for that,
and came to us like the ore from a stone’s
Silence. His mortal heart presses out
a deathless, inexhaustible wine.

Whenever he feels the god’s paradigm grip
his throat, the voice does not die in his mouth.
All becomes vineyard, all becomes grape,
ripened on the hills of his sensuous South

Neither decay in the sepulchre of kings
nor any shadow that has fallen from the gods
can ever detract from his glorious praising.

For he is a herald who is with us always,
holding far into the doors of the dead
a bowl with ripe fruit worthy of praise.