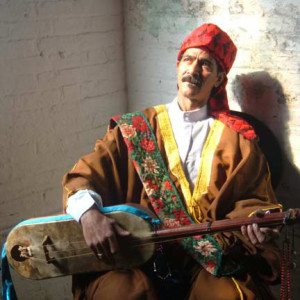 “You don’t need to speak Arabic to be moved by this music. It’s the music of the poor, the excluded who couldn’t afford to go to the big conservatories to study Andalusian poetry—their suffering is in rhythm.”  – Samir Langus

“Their music is believed to heal people possessed by jinn, or spirits. The rise of this music, which began, in the nineteen-fifties, as a marginalized Sufi practice but has become arguably the most popular music emerging from the region today, is a question that nettles scholars and ordinary North Africans alike: How did Gnawa music become our national music? Of the myriad Sufi orders that use faith healing, and of the countless North African genres known for polyrhythmic syncopation, why has this one grabbed Western listeners?”  – Hashim Aidi

Tune in to PASS at the Performa Hub in New York this week for an intimate Innov Gnawa performance. Live stream begins each day at 3pm (EST!).