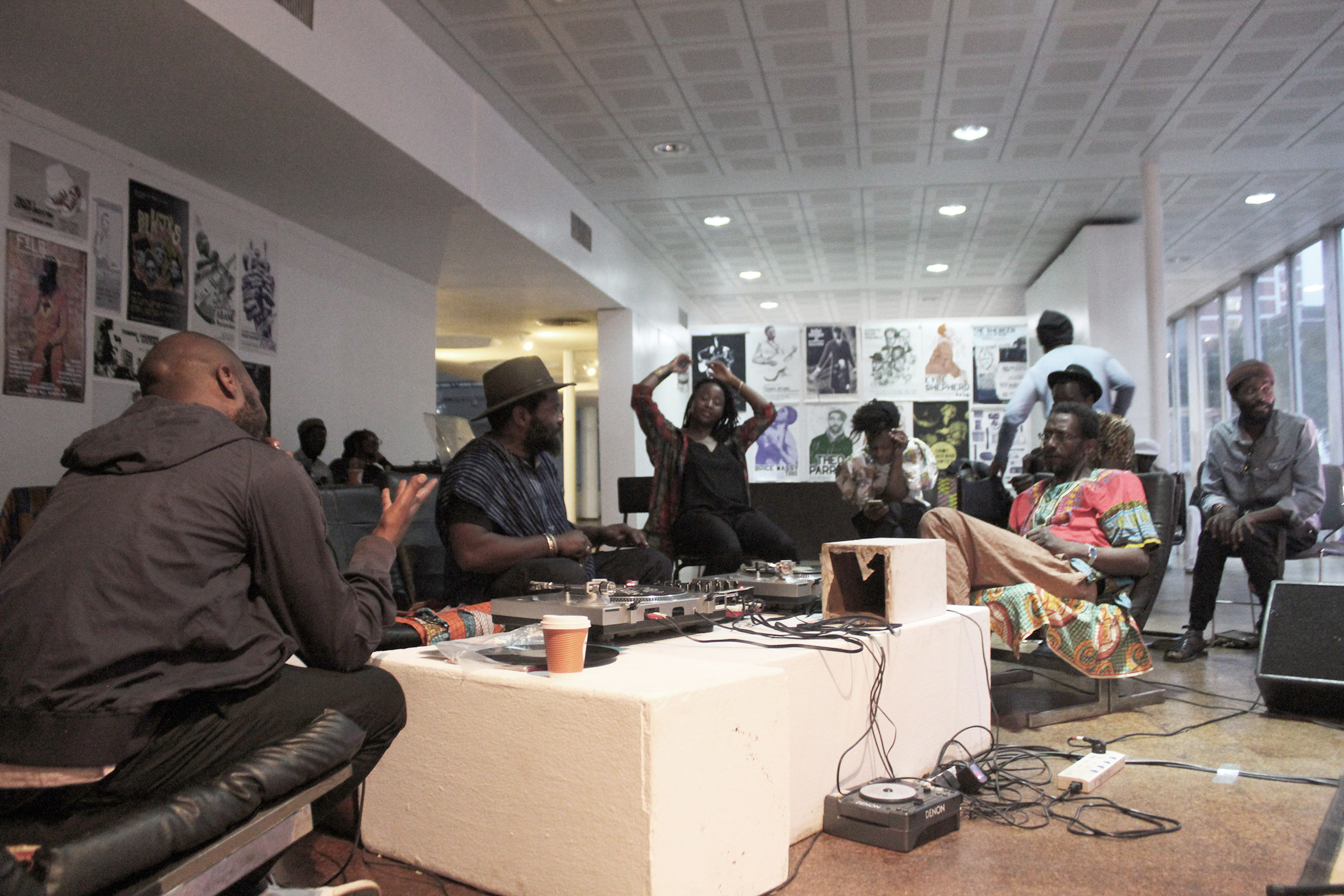 From 9 – 12 November, the Pan African Space Station (PASS) landed in The National Gallery of Zimbabwe (NGZ) in the centre of Harare.

In collaboration with visual artist Kudzanai Chiurai, who launched his first ever solo exhibition in his home country titled ‘We Need New Names’, Chimurenga installed the PASS studio as a public research platform towards a Zimbabwe focused issue of the Chimurenga Chronic.

Looking into the inventions of Zimbabwe, the programming examined music as the paradigm through which the country and region’s political history is told and archived. Whatever Zimbabwe is, and is becoming, already exists in the sound-worlds produced in the region. PASS in Harare invited musicians, artists, writers, cultural producers and rebels based in Harare and beyond in studio to uncover these worlds, including:

Dwayne Kapula is a Zimbabwean DJ and vinyl archivist based in Johannesburg.

Joyce Jenje is a Zimbabwean writer and ethnomusicologist.

The Monkey Nuts are an experimental music performance and production collective.

Robert Machiri is a music researcher and archivist based in Johannesburg.

Rumbi Katedza is a Zimbabwean filmmaker and radio producer based in Harare.

Sbu ‘The General’ Nxumalo is a writer and artist based in Johannesburg.

Tinashe Mushakavanhu is a writer and editor based in Harare.

Tinofireyi Zhou (aka Aero5ol) is an artist and poet based in Harare.

Listen to recordings of some of these sessions here.