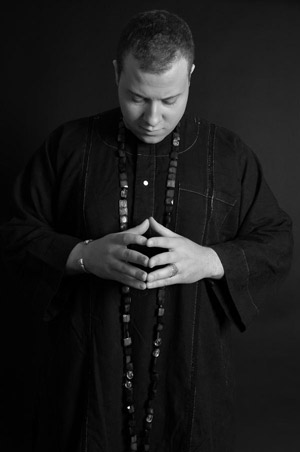 “Ancestral is a word used by many but it’s not something that I created just to sound cool. It is really connected to a higher level of consciousness and spirituality.” Armani Kombot-Naguemon (better known as Boddhi Satva) told Andy Thomas for SHOOK magazine back in 2009. Boddhi Satva’s distinctive music, catalogued as Ancestral Soul, fuses spiritual vibes with central African rhythms (listen close and you’ll hear the rumba in the 4-4).  Often on a deep house tip, his productions and DJing get bodies moving.

As well as on Offering Recordings, Boddhi Satva has released  his music on BBE, Innervisions, Seasons Limited, Yoruba Records, and Vega Records among others. Artists he has worked with include Alton Miller, Fredy Massamba, Omar, Osunlade, Oumou Sangaré, Viktor Duplaix.

His second album, Transition, has just been released adding to the goodness of his 2012 debut Invocation.

At the PASS pop-up in Paris, Boddhi Satva will contribute a 30-min mini-mix.