A once-off: Chief Dr. Prof. Neo Muyanga drops his shembe baton and pulls out the toys – and this man takes his games seriously. 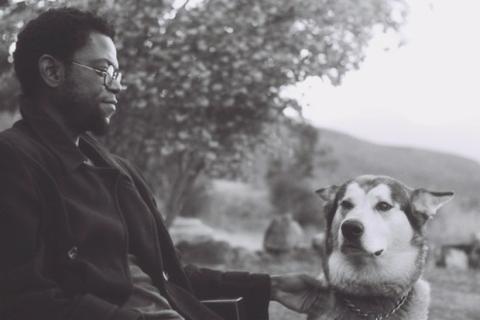 Muyanga was born in Soweto, into a long line of traditional composers and makers of the timbila (a Mozambican tuned wood percussion instrument). He studied the Italian madrigal tradition with choral maestro, Piero Poclen, in Trieste, Italy. Neo composes works for choir, chamber and large ensemble and continues to tour widely as a solo performer and as a member of Blk Sonshine. He has also composed for the Royal Shakespeare Company and Handspring Puppet Company, and is co-curator of the Pan African Space Station (PASS) with Ntone Edjabe.

His new fictional operetta, The Flower of Shembe is about faith and destiny, based on the story of myths surrounding Isaiah Shembe. Shembe founded the New Nazareth African Church (iBandla la maNazaretha) at the beginning of the 20th century, and became regarded by many followers as God-made-flesh. He also had detractors, however, who saw him variously as a radical revolutionary, a charlatan and/or a trickster-magician. Muyanga sets out to reflect the epic perils such a journey might entail. In doing so, he also speculates on what manner of trials and tribulations a new incarnation of Shembe might have to live before they were able to come to terms with their own destiny.

Watch this 2009 PASS interview where Muyanga is featured.