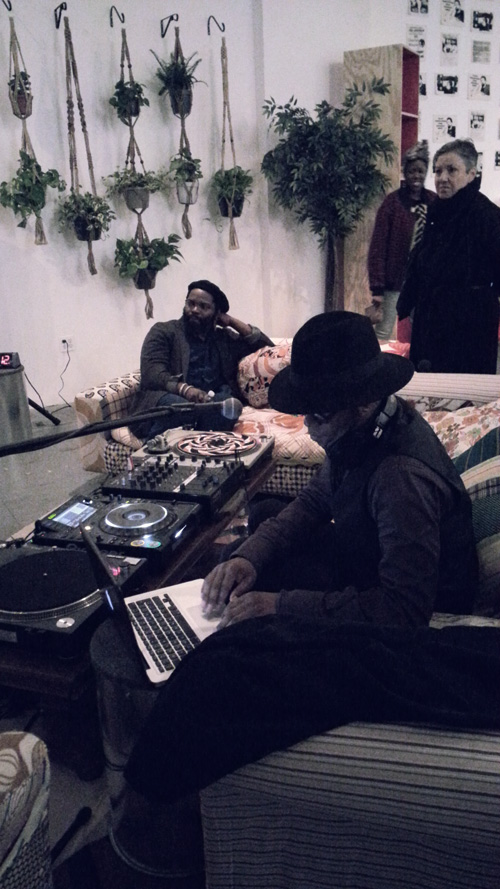 Neo Muyanga‘s “Revolting Songs: Black Music and the Aesthetics of Protest” Here, the Cape Town based composer and PASS co-founder continues his multi-focal exploration of protest music that spans from how protest songs played a key role in South Africa’s liberation to the role of liberation music in Egypt, Brazil and Uruguay.

Neo Muyanga is a composer and musician and a co-curator of the Pan African Space Station. He works across genres – from classical to hip-hop, jazz to pop, and electric guitar to operaand writes, plays, and composes for chorus, chamber, and large ensembles. He has also composed music for and toured with Britain’s prestigious Royal Shakespeare Company and South Africa’s celebrated Handspring Puppet Company. He is a fellow of the Aspin Global Leadership Initiative, a research fellow at the University of the Western Cape and has a WISER–DUKE writing fellowship.