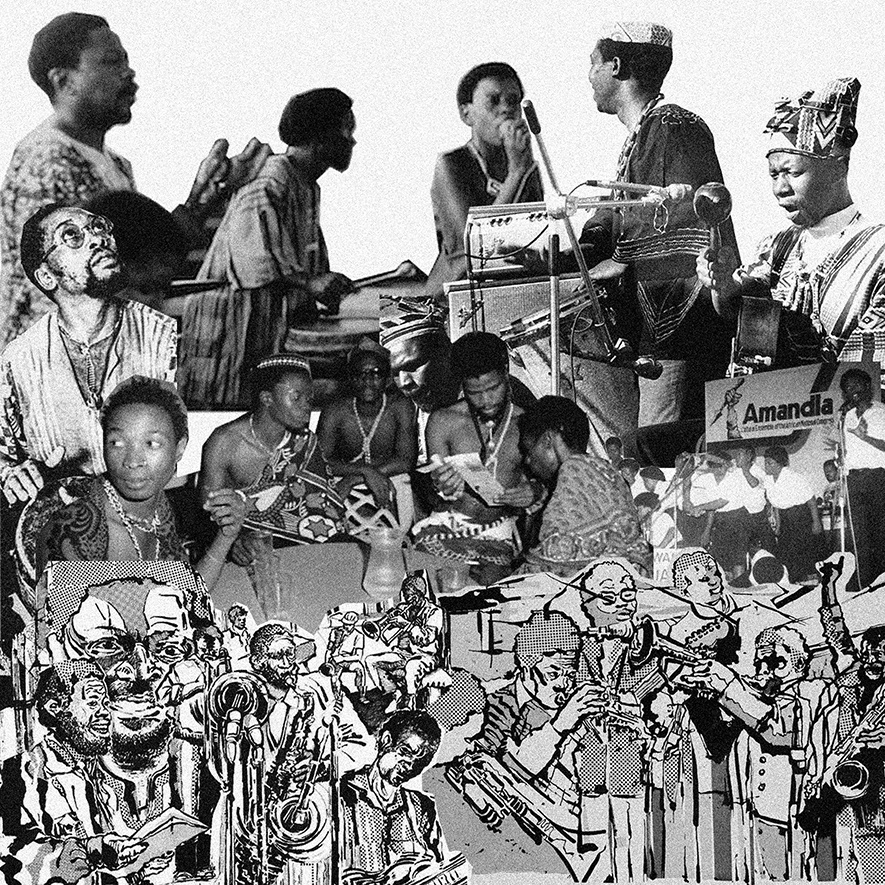 Today’s session explores the legacies of PAC’s Mafube Arts Commune and band; ANC’s Amandla Cultural Ensemble and MEDU Art Ensemble, as well as outfits such as Malopoets and Dashiki, which were associated with BCM. With historians of these projects such as Gwen Ansell, Percy Mabandu, Ali Hlongwane and Steve Dyer.

Percy Mabandu is an artist and writer interested in poetics and portraiture, monuments, and symbolic meaning. He is the author of the book, Yakhal’inkomo – Portrait of a Jazz Classic, a monograph that studies the history and impact of the landmark South African jazz album.

Gwen Ansell is a freelance writer, writing teacher, media consultant and creative industries researcher. She is the author of ‘Soweto Blues: Jazz, Politics and Popular Music in South Africa’.

Ali Hlongwane is a cultural worker and activist who has authored two biographies of PAC figures, namely The Lion of Azania: a biography and We Are Going Home Armed or Unarmed: A Biography of John Nyati Pokela (1921 – 1985).

Steve Dyer is an internationally renowned saxophonist and flautist. As cultural activist he was a member of Medu Art Ensemble, Shakawe and briefly toured with Amandla Cultural Ensemble.