FESTAC ’77, a mixtape by Chimurenga 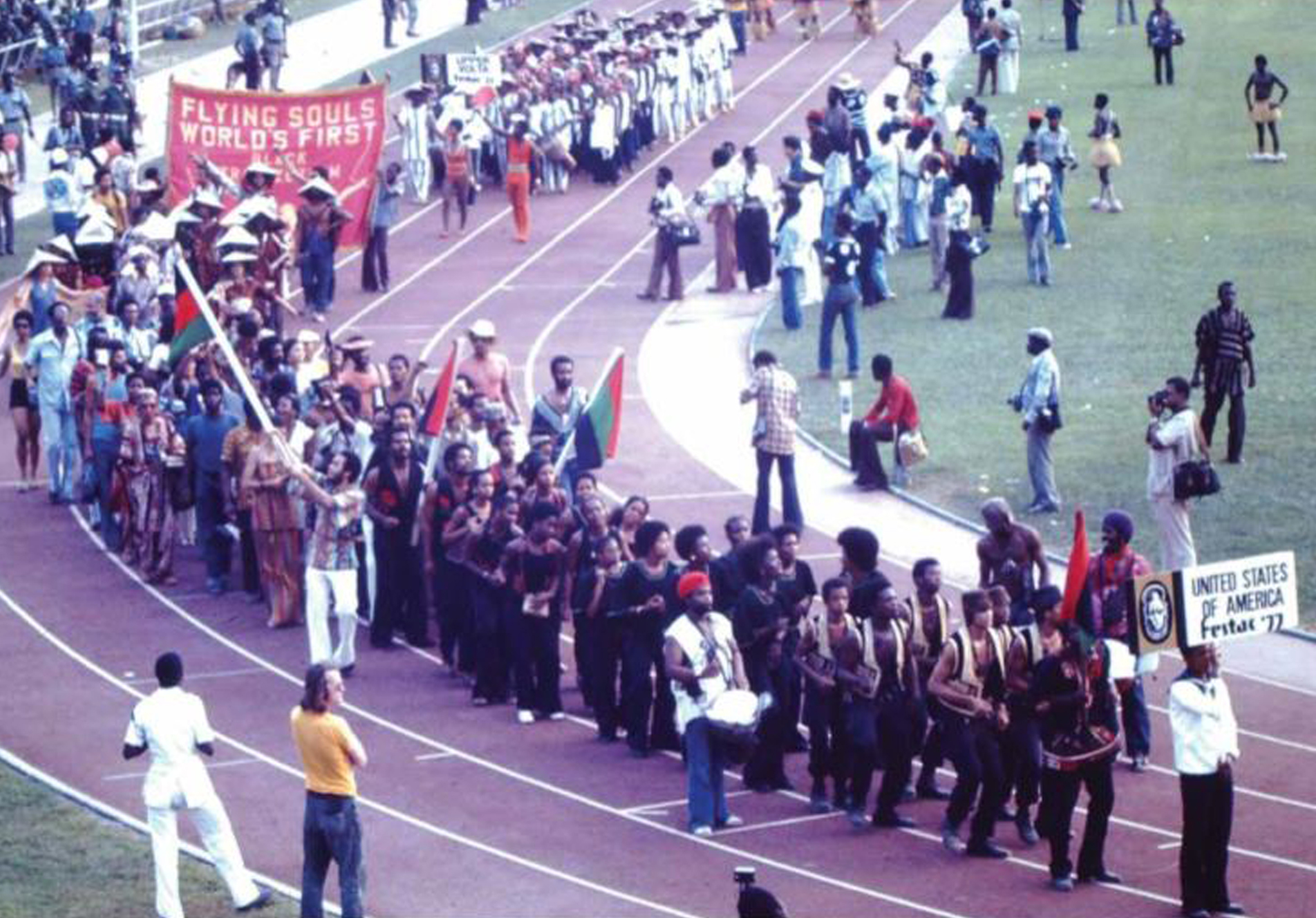 Early in 1977, thousands of artists, writers, musicians, activists and scholars from Africa and the black diaspora assembled in Lagos for FESTAC ’77, the 2nd World Black and African Festival of Arts and Culture. With a radically ambitious agenda underwritten by Nigeria’s newfound oil wealth, FESTAC ’77 would unfold as a complex, glorious and excessive culmination of a half-century of pan African cultural-political gatherings.

In this mix, we decompose, an-arrange and reproduce the sound-world of FESTAC ’77 to address the planetary scale of event, alongside the personal and artistic encounters it made possible. And to ask: Can a past that the present has not yet caught up with be summoned to haunt the present as an alternative?