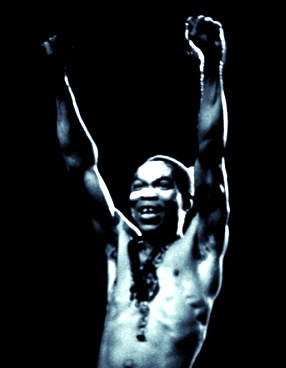 He inspired a country and people around the world with his music and fight for freedom and justice. His message lives on.

Join the Felabration by listening to Wanlov the Kubulor live @ Slave Church, PASS 2009. As Ntone says, “I think Fela moved to Accra. He lives inside the body of Wanlov the Kubolor.”

Check out Warongx – a duo made up of Ongx who has the revolutionary ideals and lyrics of Fela Kuti, plays the guitar like Bob Marley and sings like the Howlin’ Wolf and his partner Wara plays the guitar, harmonica and sings. They joined us in studio this year.

Also a late birthday shout out to the unsurPASSable Heliocentric Neo Muyanga!