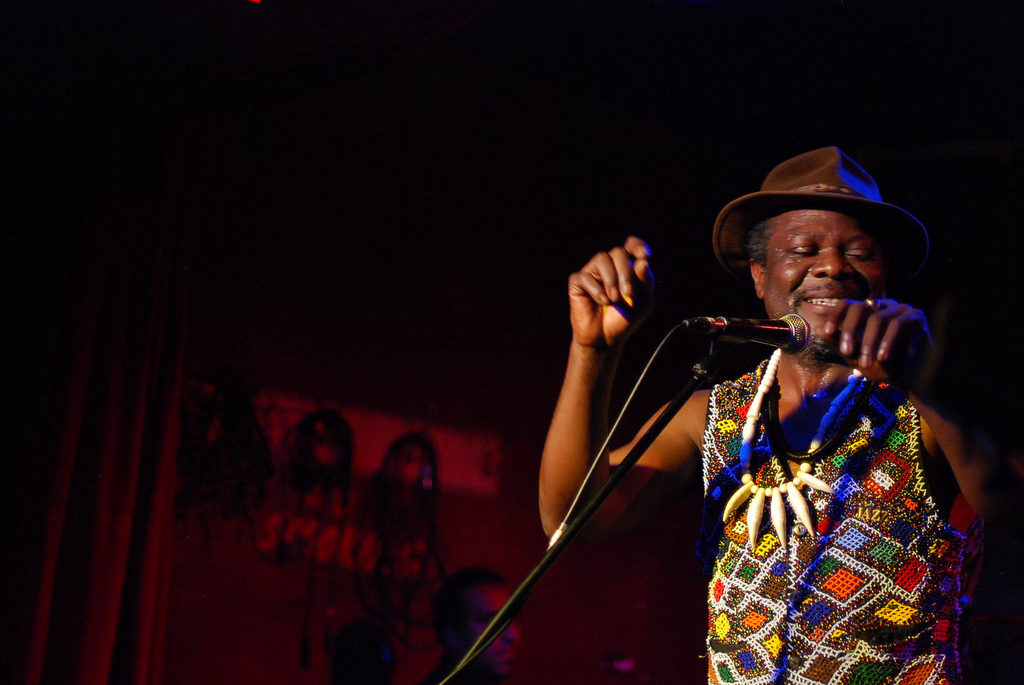 Known as the ‘King of 6/8 Rhythm,’ Camerounian drummer/percussionist Brice Wassy has been a centrifugal force in African music for the past four decades. The former bandleader for Manu Dibango and Salif Keita, he has worked with Miriam Makeba, Mabi Thobejane, Madala Kunene, Toure Kunda, Moses Molelekwa, and Busi Mhlongo, as well as the likes of French jazz violinist Jean-Luc Ponty, Cuban percussionist Changuito, and Brazilian percussionist Airto Moreira.

Credentials aside, Wassy is a formidable talent who deserves to be listen to on his own terms. His music is a full-frontal rhythmic attack profoundly rooted in Africa, but opened to all genres. Bringing together jazz and Afro-pop, he mixes improvisation with sophisticated compositional imagination; elasticity and experimentation with timbre and harmony; instruments new and old. As Fela Kuti once put it, Wassy has ‘opened our minds with the militancy of his message and our hearts to the rhythms of Afrobeat.’